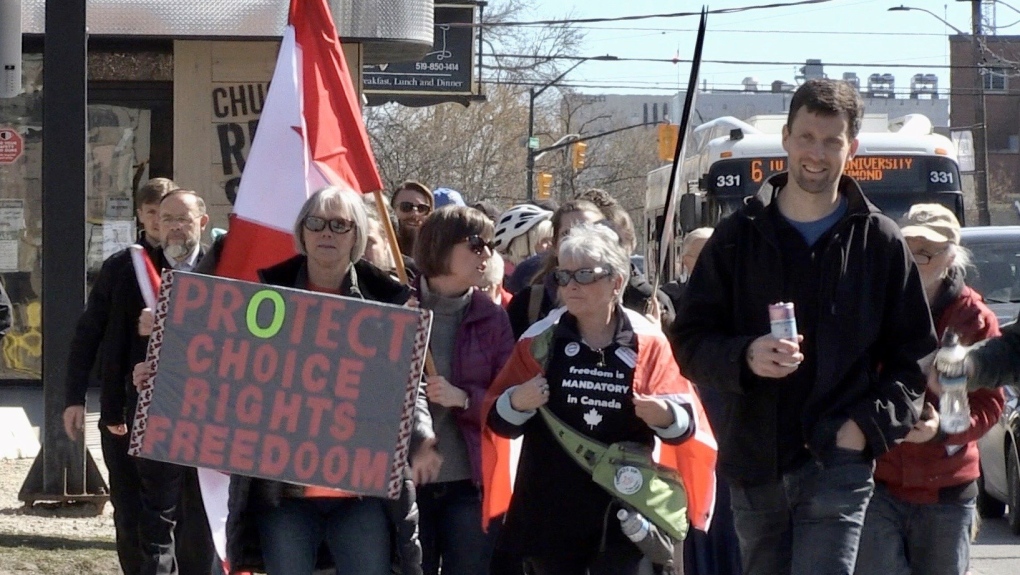 LONDON, ONT. -- London's mayor and top doctor are calling out individuals who took part in an anti-lockdown rally over the weekend.

Hundreds of people gathered at Victoria Park and then marched through parts of downtown London Saturday as part of an event billed as "World Wide Rally for Freedom and Democracy."

Many of those in attendance were not wearing masks, which prompted city by-law officers and police to monitor the situation.

In a media briefing Monday, Mayor Ed Holder and Medical Officer of Health Dr. Chris Mackie both expressed their concerns about the event.

“These anti-mask rallies claim to be one thing but they are potentially increasing risk of lock down and achieving potentially the exact opposite of what they intend,” added Mackie.

Many of the people that took part travelled to London from other areas, including pastor Henry Hilderbrandt from the Church of God in Alymer.