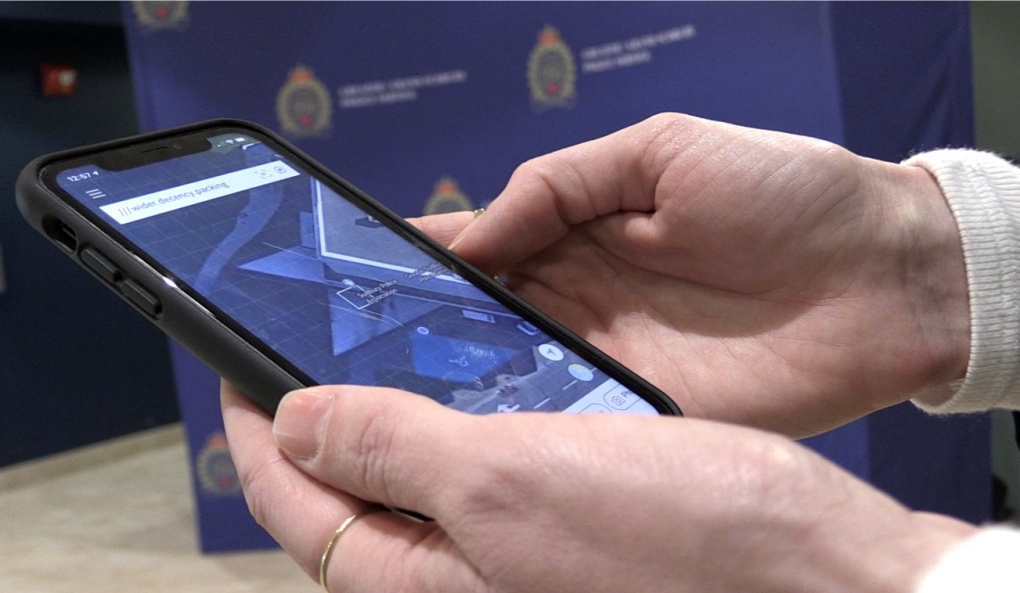 Several police services across Ontario are using a new mobile app that helps first responders find 911 callers who don't know their location. It's called What3words and it can find a person in distress even when there is no cellphone service. (Alana Everson/CTV News)

LONDON, ONT. -- Two hikers were rescued over the weekend thanks to a phone app after they got lost while exploring northern Bruce Peninsula.

Shortly after 6 p.m. Sunday, Grey Bruce Ontario Provincial Police were called to McCurdy Drive after the hikers sent out the distress signal on the app What3words.

It can find a person in distress even when there is no cellphone service.

The What3words app turns all the world's geography into 10-foot squares and then assigns three words to each one of those squares.

It runs off a satellite instead of cellular service. So the satellite is what generates the three words based on location services, which can be turned on through phone services.

OPP say it's a critical tool when people out hiking, hunting, boating or on outdoor adventures find themselves in an emergency, but don't know where they are.

Police are asking people to download the free app before finding themselves in an emergency.