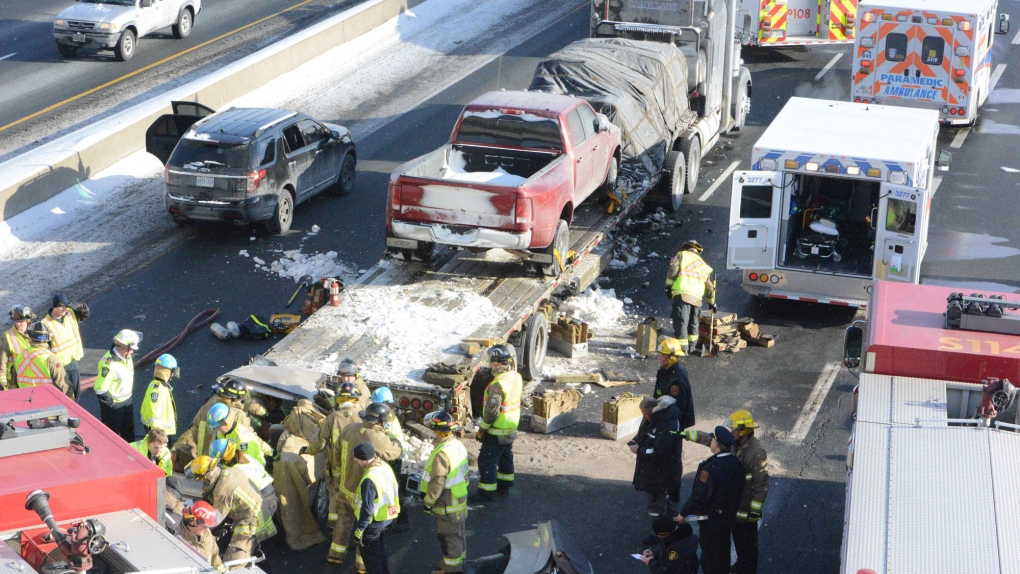 The eastbound Highway 401 has re-opened following a serious collision involving a car and a flatbed truck northwest of Toronto.

Officials say one person was found without a pulse and was airlifted to hospital, while another person suffered serious injuries.

Emergency crews were called to the scene in the eastbound lanes at Winston Churchill Boulevard in Milton just after 9 a.m. Tuesday.

OPP Sgt. Kerry Schmidt said a female passenger has died, while the male driver of the car was being treated for critical injuries after being rushed to hospital via air ambulance.

The lanes were closed until noon as crews cleared debris and investigated the cause of the crash.

With files from CTV Toronto and The Canadian Press