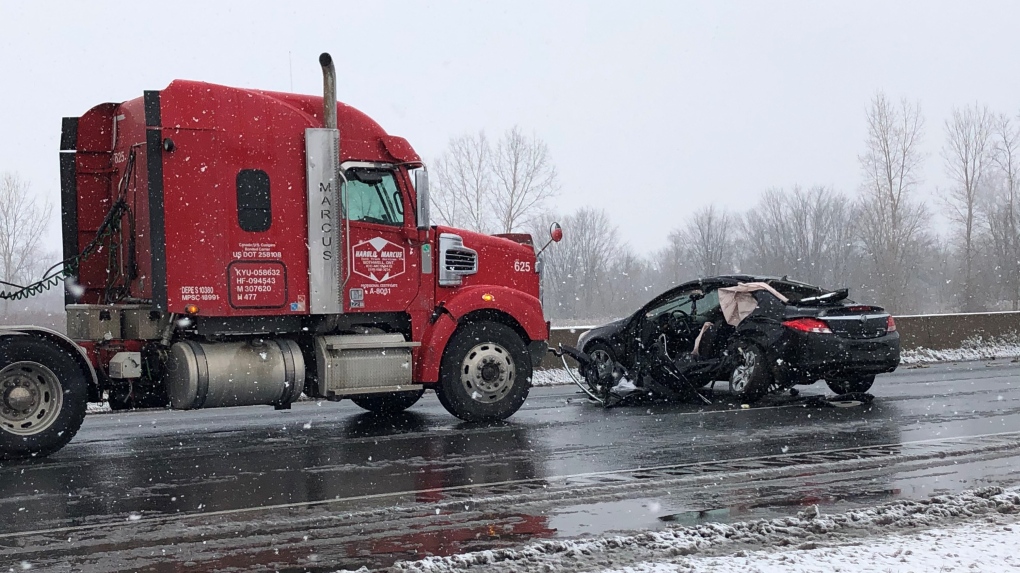 LONDON, ONT. -- A collision on Highway 401 involving a car and a transport truck near Dorchester, Ont. has sent two people to hospital.

The two-vehicle crash happened just before the noon hour Tuesday in the eastbound lanes at the Elgin Road exit.

Two people in the car were taken to hospital with serious injuries, one of whom had to be extricated by emergency crews.

Highway 401 eastbound was closed between Elgin Road and Putnam Road for several hours as OPP investigated and the crash scene was cleaned up, but it has since reopened.

UPDATE #MiddlesexOPP have closed all 3 e/b lanes of HWY 401 between Elgin and Putnam Rd. Two people have been transported to hospital with serious injuries. The roadway is expected to be closed for the next 2 hours as the investigation continue. Expect delays and slow down! ^kh pic.twitter.com/WFk1RoCMgb