Heritage district tested by highrise proposal next to Victoria Park

“Let’s come up with something that does match, and does blend with the neighbourhood,” suggests Wolfe Street resident Tom Okanski.

Neighbours say a plan to build two high rises at 556 Wellington Street, the parking lot next to Centennial Hall, is incompatible with the West Woodfield Heritage Conservation District (WW-HCD).

“Something around six to eight storeys is what we’re dealing with around here, so the height is an issue.” explains Okanski.

That was until a new heritage planner’s report at city hall recommended that the Heritage Alteration Permit for the property be refused.

The report to the London Advisory Committee on Heritage (LACH) reads, “Although the development proposal meets zoning requirements, the resultant massing, scale, and form that comes from maximizing site coverage and volume, is entirely at odds with the character of WW-HCD and adjacency to Victoria Park.” 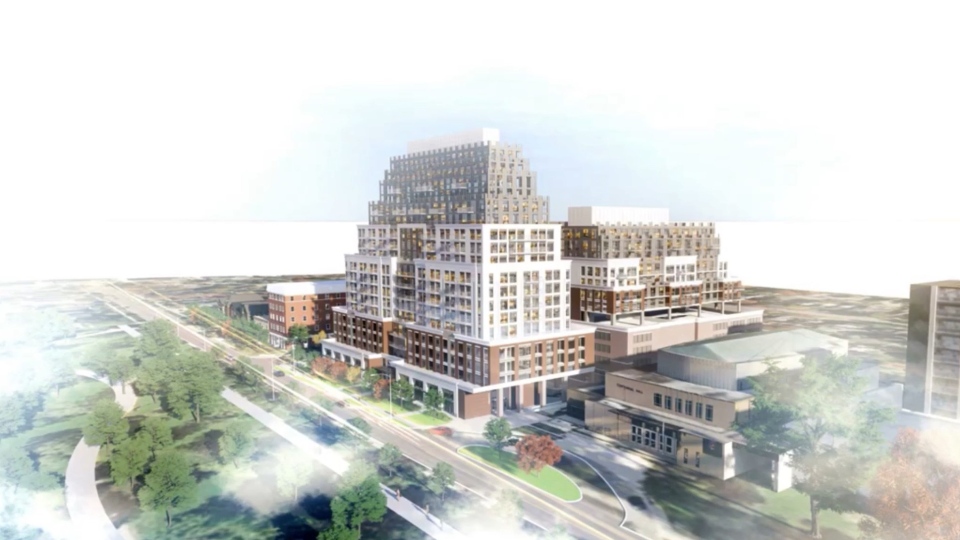 A heritage alteration permit would be required before municipal staff could issue a building permit.

Co-founder of the Friends of Victoria Park, Mary Ann Hodge, agrees that the design fails to respect nearby Victorian homes and the park.

“They (Canada Life) have pretty much maxed out what they can eke out of their zoning,” asserts Hodge.

“There’s basically a doubling of the traffic coming and going out of here,” says Okanski. “That’s a problem and I don’t think it’s been addressed at all.”

“They are already zoned and in good standing to make a site application,” says Downtown Councillor Arielle Kayabaga. “I know it’s one of those things that has the community talking, but we are going to have to wait and see where this goes.”

Since 2018, City Hall has been developing the Victoria Park Secondary Plan to establish expectations and limits for all of the properties facing the park.

So far, Council has not seen a version of the plan that it is willing to approve.

“I think that the secondary plan should have been dealt with by the last council. We’re having to deal with it now. It’s not finished yet,” she says.

In the meantime, Hodge suggests City Hall hit the pause button on 556 Wellington.

“It would be logical that all development is halted until that plan is finalized.”

LACH will make a recommendation regarding the application for a heritage alteration permit on Thursday.