A growing list of municipal politicians are hoping to influence your choice in the upcoming provincial election.

Lehman believes his endorsement of a provincial candidate can strengthen relations between the two levels of government.

“Paul is someone I can pick up the phone with and talk to about issues that affect the ward and London,” Lehman explained.

Paolatto adds that these kinds of endorsement can improve how local constituents are served by both levels of government.

“If you see the province and the municipality working well together, that can only serve Londoners better,” Paolatto said.

Hamou acknowledges that backing one candidate over the others could be politically awkward if Dyck doesn’t win. 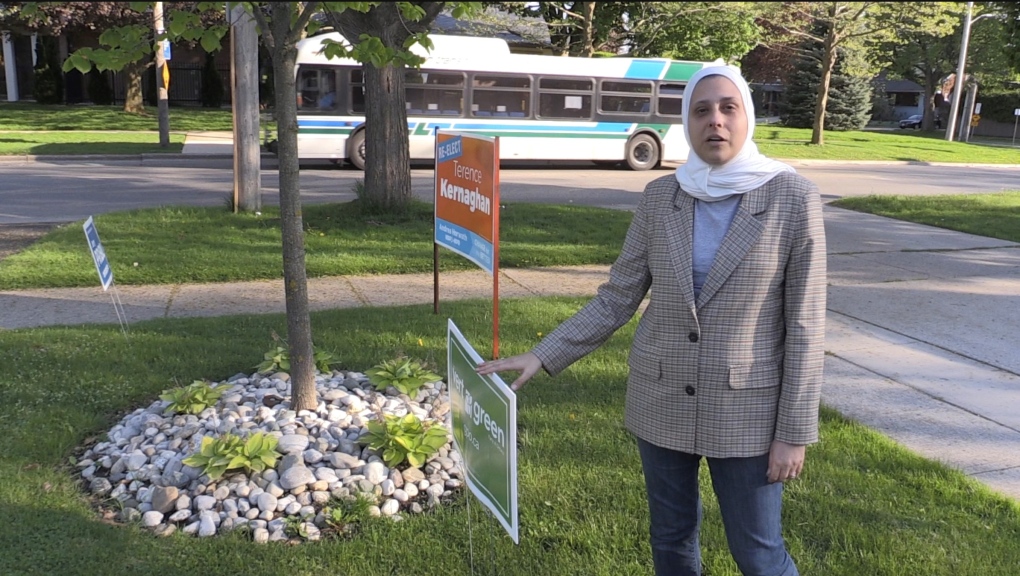 Coun. Mariam Hamou has endorsed the Green Party candidate but also welcomed PC and NDP signs on her lawn, May 16, 2022. (Daryl Newcombe/CTV News London)“It’s a risk, but I’m doing it in good faith,” Hamou explained. “I’m not doing it to play partisan politics. I’m doing it because I actually believe in what she’s done, and I’ve worked with her.”

In Windsor, concern has been raised that endorsements could be seen as an overreach of political influence by those in office.

Experts warn that these endorsement could backfire.

Political Scientist Dr. Lydia Miljan says city council members risk alienating their own voter base ahead of this fall’s municipal election, based on their provincial endorsements.

“There’s no rules for endorsing candidates if you are a municipal politician, though the municipality is under the purview of the provincial government,” adds Miljan.

Though she’s announced her intention to vote Green, Councillor Hamou has also allotted space on her front lawn for signs by PC Candidate Jerry Pribil and NDP Candidate Terence Kernaghan.

“We are not going to do very badly in London North Centre if we elect any one of these three people,” she said.

Ontarians go to the polls June 2.