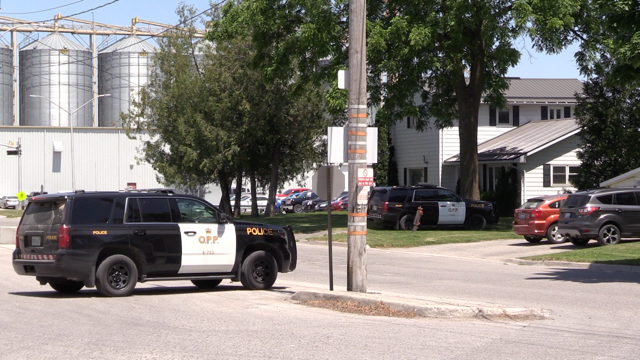 LONDON, ONT. -- Huron OPP have laid charges after responding to a residence Hensall, Ont. on Monday morning to investigate reports of gunshots in the area.

The area around the Mill Street residence was blocked off around 10:45 a.m. as officers checked if anyone was injured.

After executing a search warrant, police found a prohibited weapon (nunchuku, also known as nunchucks) and small amounts of cocaine and methamphetamine.

Two individuals from Hensall have since been charged in the incident.

A 45-year-old woman has been charged with two counts of drug possession and possession of a prohibited weapon. She has since been released from custody and is awaiting a court appearance in September.