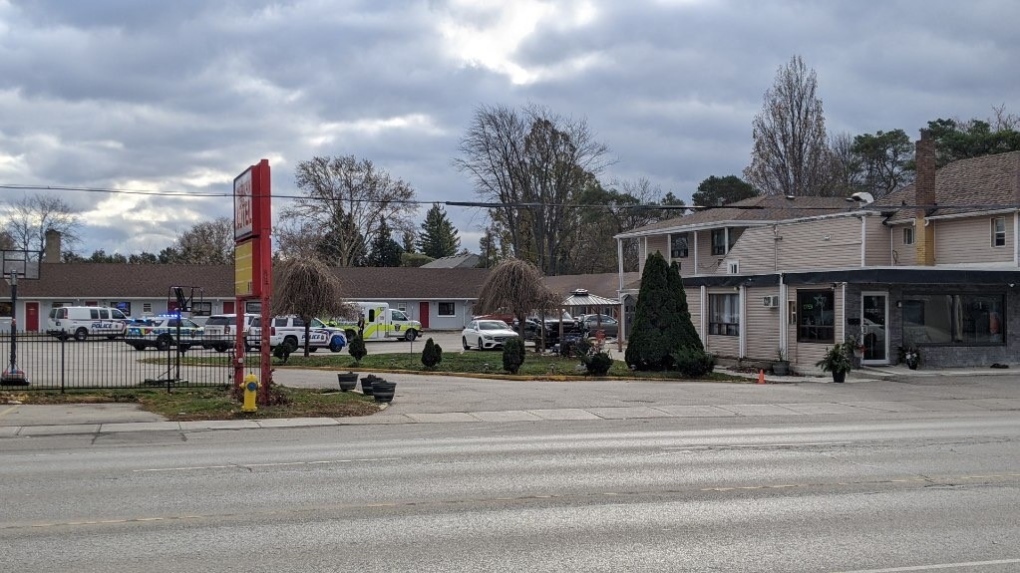 Police and EMS can be seen at the American Plaza Motel on Dundas Street in London, Ont. on Nov. 25, 2022. (Joel Merritt/CTV News London)

A large police and EMS presence is on scene at the American Plaza Motel on Dundas Street in London, Ont. after a man was injured during a "possible shooting" on Friday.

According to a press release from the London Police Service, at approximately 12:30 p.m., emergency crews responded to the 2000 block of Dundas Street near Veterans Memorial Parkway for a report of a “possible shooting.”

Upon arrival at the American Plaza Hotel, an injured man was located and transported to hospital by paramedics.

Members of the Major Crime Section are investigating, and police advise the public there will be an increased police presence as the investigation is in its early stages.

Speaking to CTV News London, Const. Sandasha Bough with London police said no arrests have been made at this time.

The man's injury is non-life threatening.

Bough urges members of the public to come forward if they have any information in connection to the investigation.

Police said more information will be released as it becomes available.

Defence attorneys for actor Alec Baldwin are seeking to disqualify the special prosecutor in the case against him stemming from the fatal shooting of a cinematographer on a New Mexico film set.