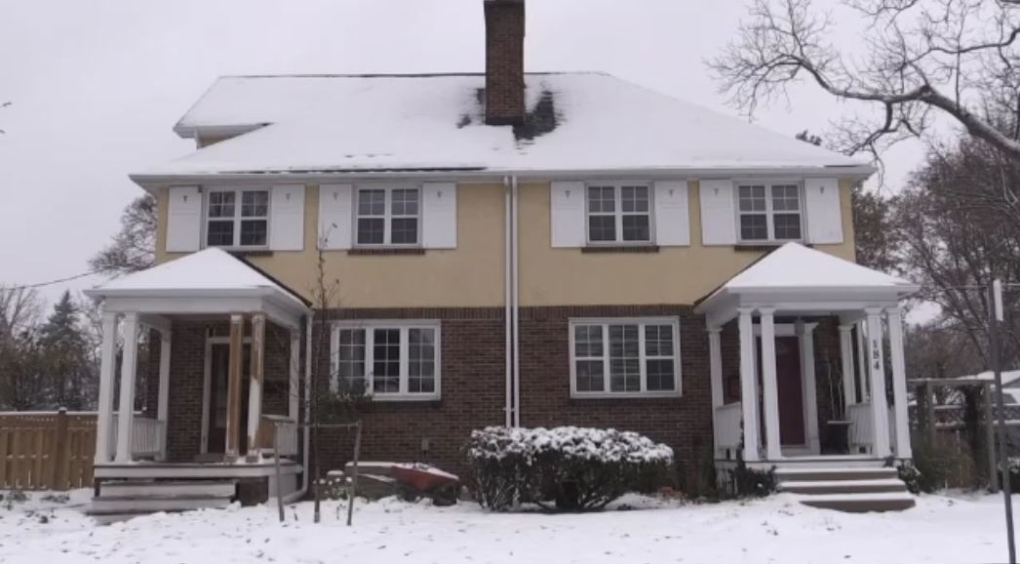 Alistair Dorward's dormer is seen in on the left in this photo of the duplex his family lives in, in London, Ont.'s Wortley Village, Friday, Nov. 16, 2018. (Daryl Newcombe / CTV London)

The hearing for a London family whose renovation is caught between heritage rules and building codes has been put over until December.

The installation of the Dorward family's new dormer on their Wortley Village home has put them in dispute with the City of London.

Alistair Dorward has been charged by city hall under the Heritage Act, and if convicted could face a fine up to $50,000 or up to a year in jail.

At issue is the new dormer constructed on his roof, which was expanded 18 inches in each direction in order to comply with the building code.

But the city’s heritage planner says the dormer is now too large and violates Dorward’s heritage permit.

Monday morning’s hearing at the provincial offenses court was postponed until December at the request of both lawyers.

An online petition in support of the family has received 300 signatures in just two days.