Head of LPA calls on politicians to 'stand up' for officers 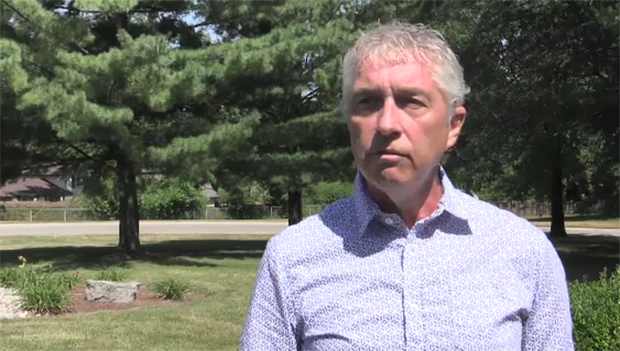 LONDON, ONT -- The executive director of the London Police Association is responding to calls to defund police ahead of  a planned day of protest this weekend.

The London rally, one of many across the country, will be at Victoria Park on Saturday, beginning at 2 p.m.

“It’s important you know exactly where we stand,” Rick Robson says in one of three videos posted on Twitter Friday afternoon.

Robson says a couple of times in the videos that the lives of persons of colour and other minority groups matter to his members and to the London Police Service.

“We stand in solidarity with those who are outraged and fed up with examples of police brutality, including those rooted in racism,” he says. “Defunding police would not achieve racial justice or improve the outcomes for these communities. It would inhibit our police officers from keeping our community safe.”

Along with a call to cut the police budget by 50 per cent, the other demands being made by protesters at this time include disarming officers, removing resource officers from public schools and ending incarceration for all.

Robson says decreasing the police budget by 50 per cent would do “irreparable harm” to the community and the police service. He says if such a move took place, about 300 officers and 100 civilian members would be let go.

Robson goes on to say that the local budget increase this year was intended to allow for the hiring of five more police officers.

He adds that officers worked overtime on more than 4,000 occasions when “...we simply do not have enough officers to match our current calls for service.”

While Robson says his officers welcome “competent and fair oversight,” he says such scrutiny should be “founded in the facts....”

He says there have been requests to organize demonstrations to support officers but he wants people to show support in other ways.

“I encourage our political leaders of all levels of government and all political stripes to stand up for the London Police Service and members of the LPA.”

Protest organizers want government at all three levels to reallocate funds for police toward community initiatives with the goal of ending systemic racism.

A message from Executive Director @RickRobsonLPA regarding the Defund The Police protest in #LdnOnt this weekend. (Part 1 of 3) pic.twitter.com/IovfXiLerx

CONTINUED: A message from Executive Director @RickRobsonLPA regarding the Defund The Police protest in #LdnOnt this weekend. (Part 2 of 3) pic.twitter.com/j5iRcInj2t

CONCLUSION: A message from Executive Director @RickRobsonLPA regarding the Defund The Police protest in #LdnOnt this weekend. (Part 3 of 3) pic.twitter.com/OWPvWlTgkD