'He was a piece of downtown history': Vigil planned Friday for Sarnia, Ont. homicide victim

SARNIA, ONT. -- A vigil and street festival will take place Friday night for a Sarnia, Ont. business owner who died following an alleged assault on Sunday.

James 'Jim' Wilson, the 76-year-old owner of Cowboys + Indians on Cristina Street, died after he reportedly confronted three people he believed stole items from his business in an overnight break-in.

Police have not confirmed what was behind the incident and continue to investigate.

The vigil, organized by local business owners and friends Cat Cabajar and Jason Baker, will feature family speeches, live music and members of Aamjiwnaang community will be bringing in the Powwow drum.

"When I heard the tragic news of Jim's passing and violence involved, I knew we had to step up and show the community we don't have to live in fear, and we can mourn a beautiful soul who was lost," says Cabajar.

Local musician Derek Donkers of the band Zephur wrote a song for Wilson and will perform it twice Friday in between his band's sets.

"I wrote this song because this man was a piece of downtown history he was always a bright shining light to help the world," says Donkers. "It's my way to say 'Thank You Jimmy' and pay my respects for a great man." 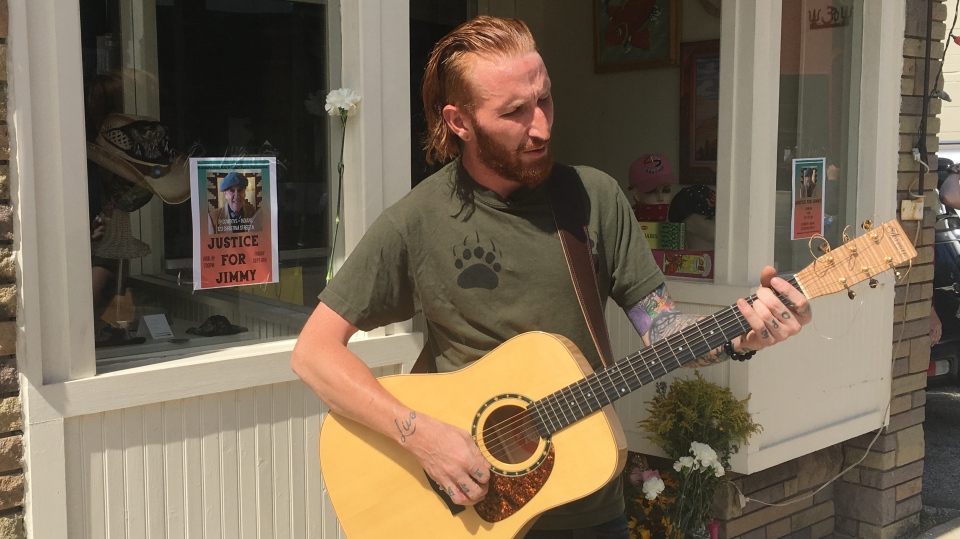 Baker, who owns the store next to Wilson's, says this vigil will be a chance to mourn a friend, and for small business owners to show a united front against the criminal activity happening downtown.

"A lot of people are familiar with the issue that has been building,” says Baker. "There have been break-ins and we want to be together and show unity to that."

"As things are increasing with COVID-19, social, mental and addiction needs go against what police, the health system and we can provide," says Baker. "We are having to gather in our own protection and our own presence and prosperity for the future."

Cabajar's father owned a comic store in Sarnia, so she grew up downtown. Recently he was attacked by a minor, who also ransacked his home.

"I kept thinking it could have been him, and he was a friend of Jim's, we all were," says Cabajar. "This vigil is for people to come together to celebrate what an amazing, wonderful man he was and the impact he made on our community. I think it will be healing for all of us."