'He charged at me like a bull': Local reporter reflects on alleged assault following Church of God service

AYLMER, ONT. -- A local newspaper editor is speaking out after Aylmer police laid an assault charge against a 48-year-old man in connection with an altercation on Sunday.

Brett Hueston says the man had crossed a public road in front of the controversial Church of God Restoration (COGR) in the town’s north end. Hueston was stationed there, not far from the police.

It all happened minutes after the (COGR) held an indoor service.

In a video posted to the church’s YouTube page, unmasked parishioners and visitors, including independent federal MP Derek Sloan and independent MPP Randy Hillier, could be seen at the front of the congregation.

As those at the service left to get into a reported 200 cars in the church lot, Hueston tells CTV News London he witnessed a younger man interact with police officers, just across the street from the church's property. 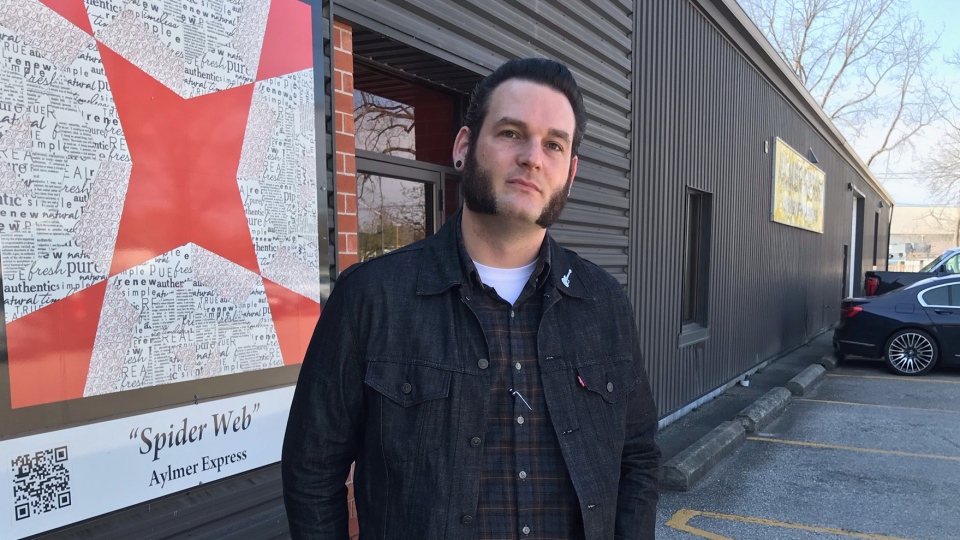 Brett Hueston stands outside the office of the Aylmer Express newspaper where he works on Monday, April 26, 2021. (Sean Irvine / CTV News)

Hueston says the man was repeatedly asking the officers for their badge numbers, while officers asked the man to give them “space.”

“The younger fellow stayed right in the face of officers, and moments later they arrested him.”

Following that interaction -- captured by Hueston’s camera -- another man who Hueston suspects may have been the 20-year-old's father, approached police before turning to Hueston.

“The older man locked eyes with me and sort of charged at me like a bull, just straight at me, screaming. I think his fists were clenched. And then at the last moment, he stopped.”

But a few moments later, Hueston says the man charged again. He called out to the police, certain he was about to be punched. Again the man stopped directly in front of him.

Still, Hueston says being hit was a secondary worry.

“The underlying concern to me was my health and just getting close to this guy.”

Police later laid a charge of assault against the 48-year-old man.

At Aylmer Police Service headquarters, Chief Zvonko Horvat says he is increasingly concerned with ongoing aggression surrounding services, gatherings and events at the Church of God.

“Now we are getting into aggressiveness and those types of behaviours. I am concerned about the safety of my officers." 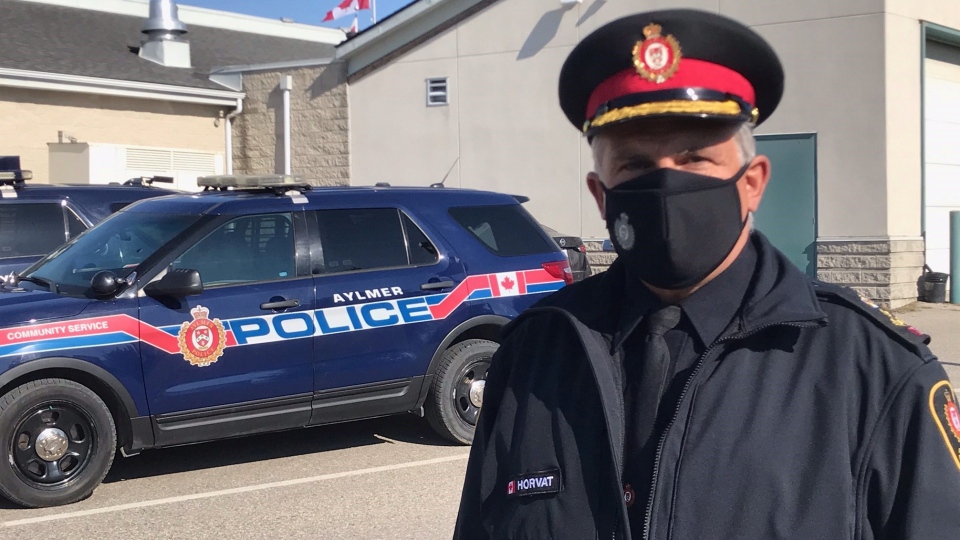 In total, police have announced three charges relating to the incident across the road that followed the service.

Horvat says at least six more counts related directly to the unauthorized gathering inside are forthcoming.

When asked if either Sloan or Hillier was among those potentially facing counts, Horvat responded, “I’m not going to make that comment, but that is a possibility.”

Horvat tells CTV News all options are currently being discussed with the attorney general's office to put a stop to future gatherings.

But he acknowledges he’s unsure what impact they’ll have on (COGR) Pastor Henry Hildebrandt.

“He is the one that controls the entire situation, and for whatever reason, he continues to defy the orders. And in reality, he’s the one responsible for the event that occurred yesterday.”

Meanwhile, Hueston says people in town have had it with the gatherings.

"It’s very frustrating. I mean the rest of us that are living with a bit of sacrifice have had enough of it.”

Hueston adds that even before Sunday’s alleged incident, he was travelling with a second journalist to events with ties to the COGR

He says he fears journalists are becoming a target for sharing all viewpoints on lockdowns, which he says “some people” don’t want to hear.

CTV News has reached out to Herbert Hildebrandt, the media liaison for the COGR. He responded late Monday afternoon but declined specific comment on Sunday's service, the events following it, or recent charges laid near COGR property.