LONDON, ONT. -- She may be little but her impact is big.

Nine-year-old Paige Marsh, a leukemia survivor, has raised $3,000 to help fight the disease she once bravely faced.

On Saturday morning, Paige alongside her family and friends made the sizeable donation as part of the Beer Store’s annual ‘Returns for Leukemia’ bottle drive.

“I feel really happy and proud,” she said.

Paige was first diagnosed with Leukemia almost four years ago, it is a cancer of the blood or bone marrow.

“When we first heard she was sick and had the illness the world kind of stopped for a little bit. But the doctors at the hospital really calmed us down and told us the procedure and what was going to happen next. She’s doing great now, she’s really brave and strong,” said Dad Jeff Marsh. 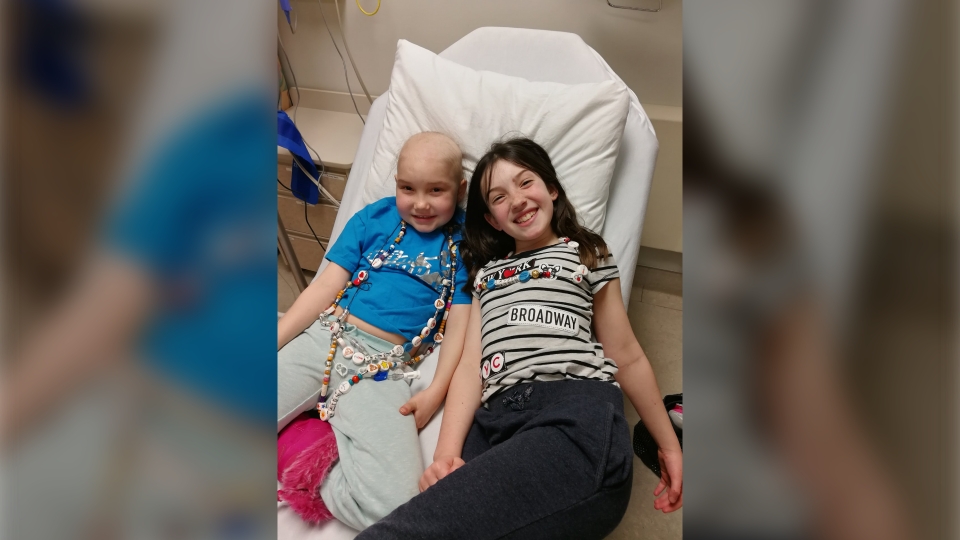 In 2020, the Marsh family contributed to the same bottle drive, raising $2,500 dollars.

This year they raised the most in history after collecting 30,000 bottles and cans.

“She may be little but she has such a great big heart, the family has been such a wonderful source of inspiration to others as well as our community in giving back,” said Elinor Schwob with Leukemia and Lymphoma society of Canada.

Jeff Marsh said the family is overwhelmed by people’s generosity amidst the pandemic.

“We though the least we could do was give back, we had people from Strathroy, St. Thomas, and so on donating empties dropping and them off at my driveway,” he said. “It was a lot of work, it was a lot of fun and it was well worth it."