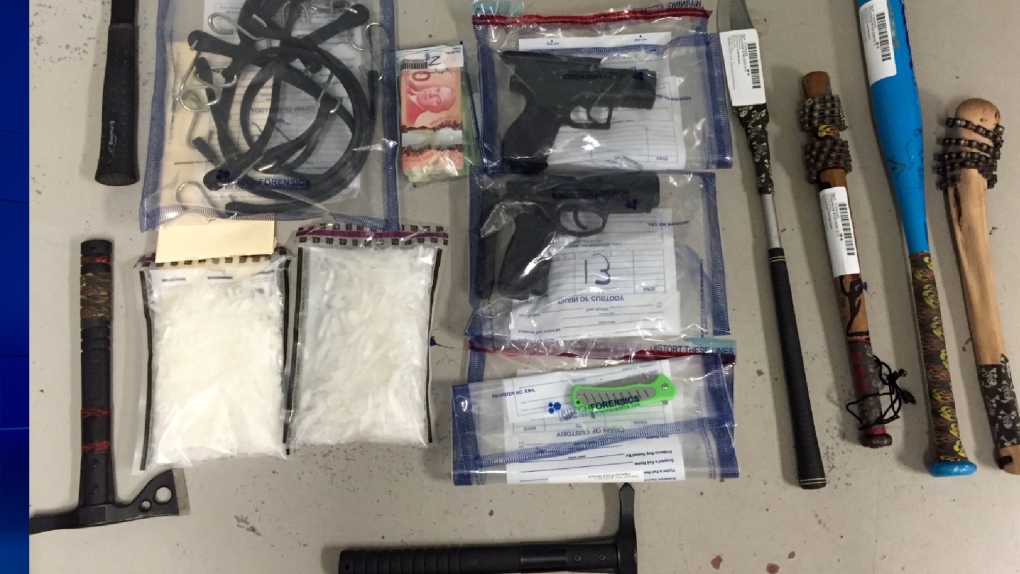 It's being described as one of the largest crystal meth seizures in Grey and Bruce Counties.

On Saturday,  following a two month drug investigation, Hanover Police executed a pair of search warrants in the300 block of 10th Street and the 200 block of 11th Avenue.

The total street value of the drugs seized is estimated to be $51,000.

Also seized were prohibited weapons and $2,885 in cash.

An arrest warrant has been issued for a former Owen Sound woman for her alleged role.