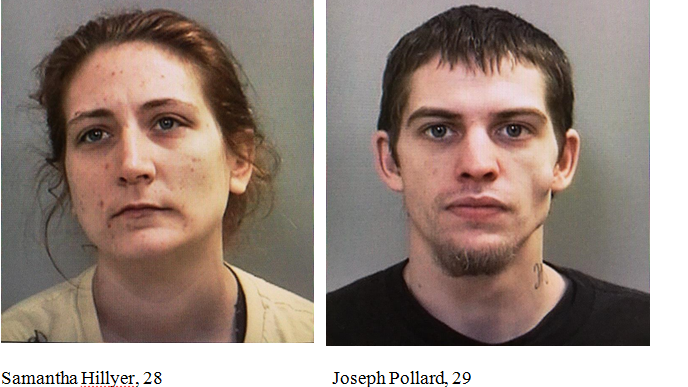 Hanover police have issued arrest warrants for a Brockton couple after a security guard was stabbed at the town's Walmart last Friday.

Police were called to the scene at 4:10 p.m. after security attempted to stop a male and female suspected of theft.

Police say the male pulled out a knife and stabbed the security official before fleeing the scene in a dark-coloured vehicle.

The guard was treated for non-life threatening injuries and released.

On Monday, police obtained arrest warrants for Joseph Pollard, 29, and Samantha Hillyer, 28, both of Brockton.

Police say they have ties to many communities in Grey and Bruce Counties.