Handgun, cash and over $50K in drugs seized: London police 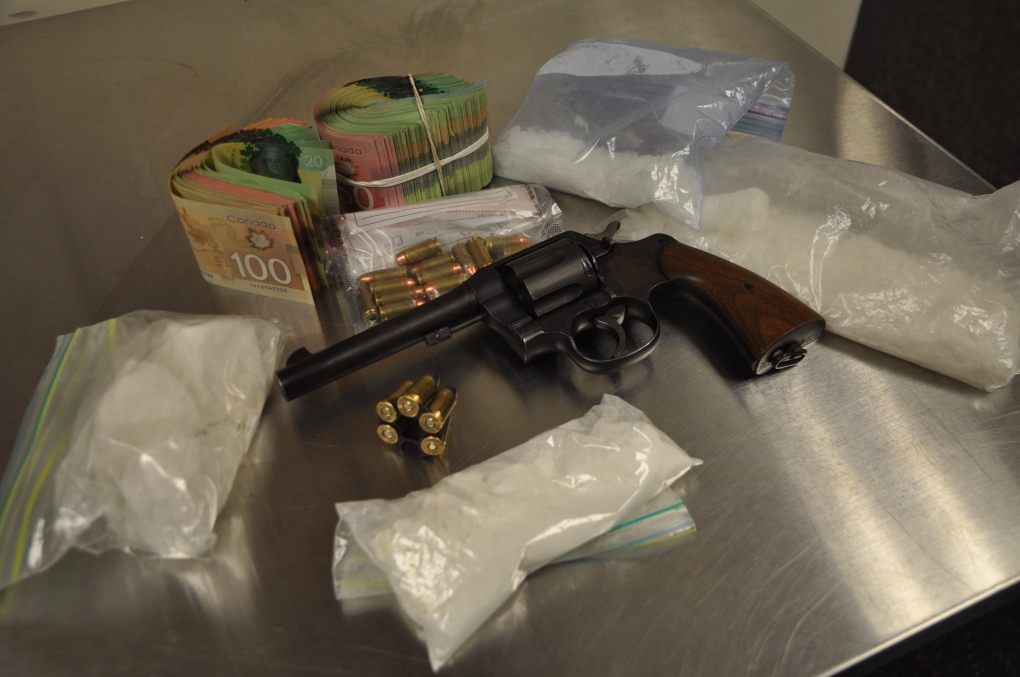 A handgun, ammunition, cash and drugs were seized by police after a search in London, Ont. on Monday, Nov. 23, 2015. (London Police Service)

London police have seized a gun, ammunition, cash and drugs after searching a Bow Street home and stopping a vehicle on Monday.

Investigators say a Colt .45 caliber handgun with multiple rounds of ammunition and a bullet-proof vest were seized, as well as $12,000 in cash.

As a result, two Londoners, a man and woman, are facing charges including;

The 33-year-old London man is also facing charges of possessing a restricted handgun while knowingly not being the holder of a licence permitting such possession, two counts of possessing a firearm and ammunition while prohibited and three counts of breach of recognizance.

The 25-year-old London woman is facing additional charges of possessing a restricted firearm without being the holder of a licence to possess and unlawfully possessing methamphetamine.