But, it also fit with the timing of the opening of his new business in June.

"Opening in a pandemic was a scary movie itself."

Thankfully things have gone reasonable well, even with COVID-19 restrictions in place.

Show artists had more time at home to create some horror movie classics and originals, in various mediums, including in oil and acrylic portraits, pencil and charcoal sketches and sculptors.

The result is, well, frightening.

A portrait, based on the Hollywood terror thriller, 'The Exorcist' seems to be the hit of the show, so far. 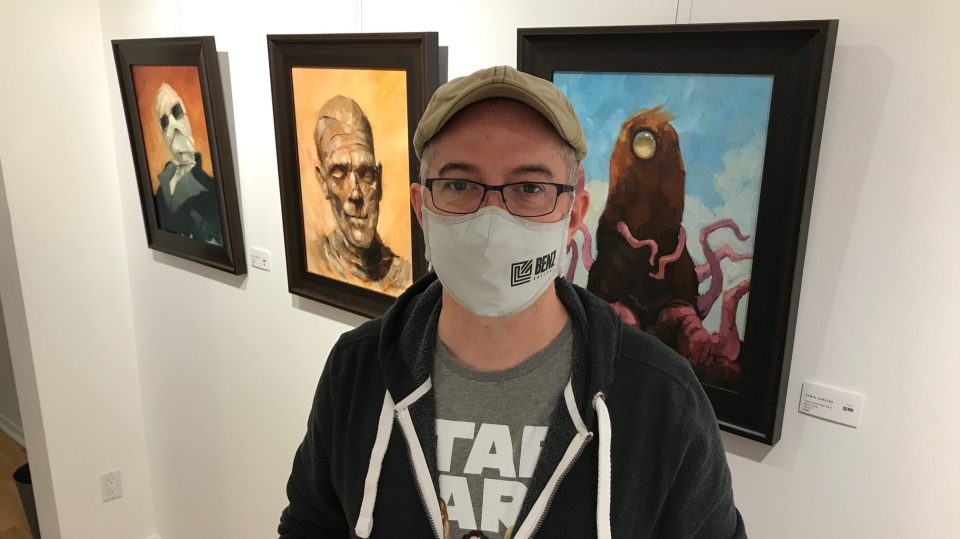 While the piece, by Dan Tamborro, sold immediately, it seems everyone, including Tamborro himself, is creeped out by it.

"He lives in a studio. But, at night time he’d turn it around, just because, she really stares," Benz states.

Not all the works are based on the monsters and spooks we know. Some, including those by artist Sarah Kane, features original works sure to make you lose some sleep.

London landscape artist Jamie Jardine switched his style for the show, creating portraits of iconic monsters from the TV shows many, over 35, grew up with.

"To this day, I still watch these shows (pointing to horror character) when I’m painting landscapes."

For the Benz gallery show, he initially painted just one picture of Frankenstein, but in short order he had four complete. 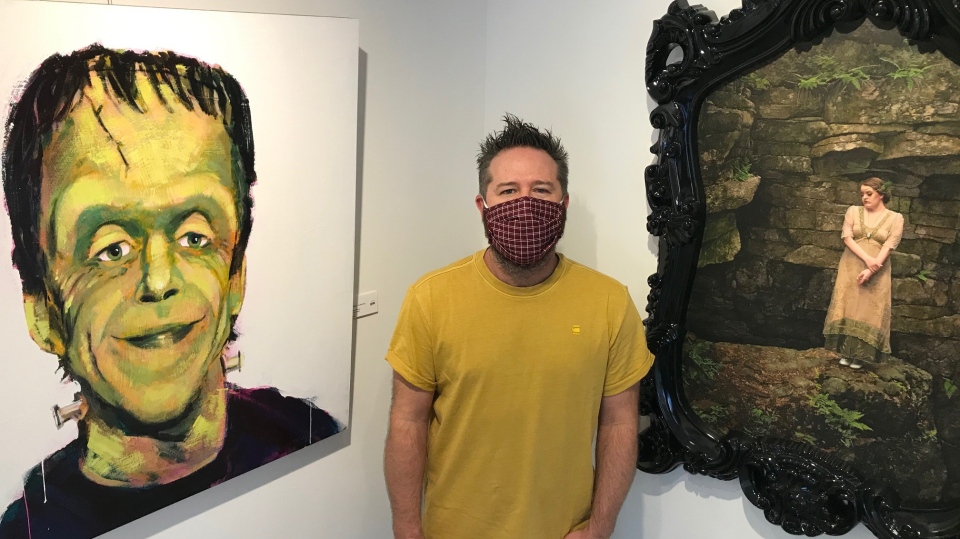 The series includes a comedic spin with a painting of the Frankenstein based, 60s TV character, Herman Munster.

The entire show is overseen by Benz, and his mother Marilyn.

She told CTV News, there’s 'no chance' she’s working after dark until it's over, suggesting the art is amazing but creepy enough to keep her out of the gallery after sundown.

The show, which opened on October 16, with limited attendance and mandatory masks, has extended hours on Halloween. 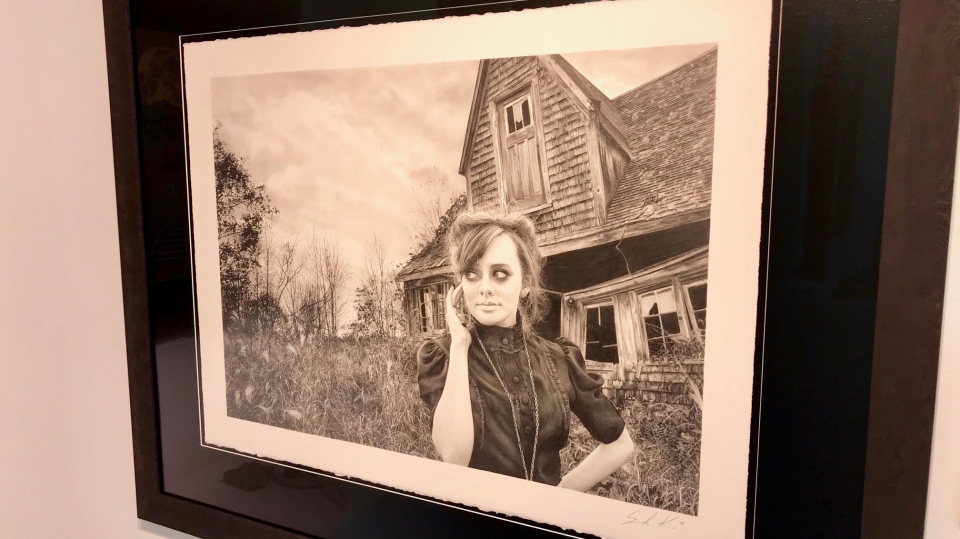 Interestingly enough, that’s just in time to avoid... the dark.

'Who thought this was a good idea?' U.S. health official gives COVID-19 update in clown costume

Candy quarantine: What to do with Halloween trick-or-treat sweets