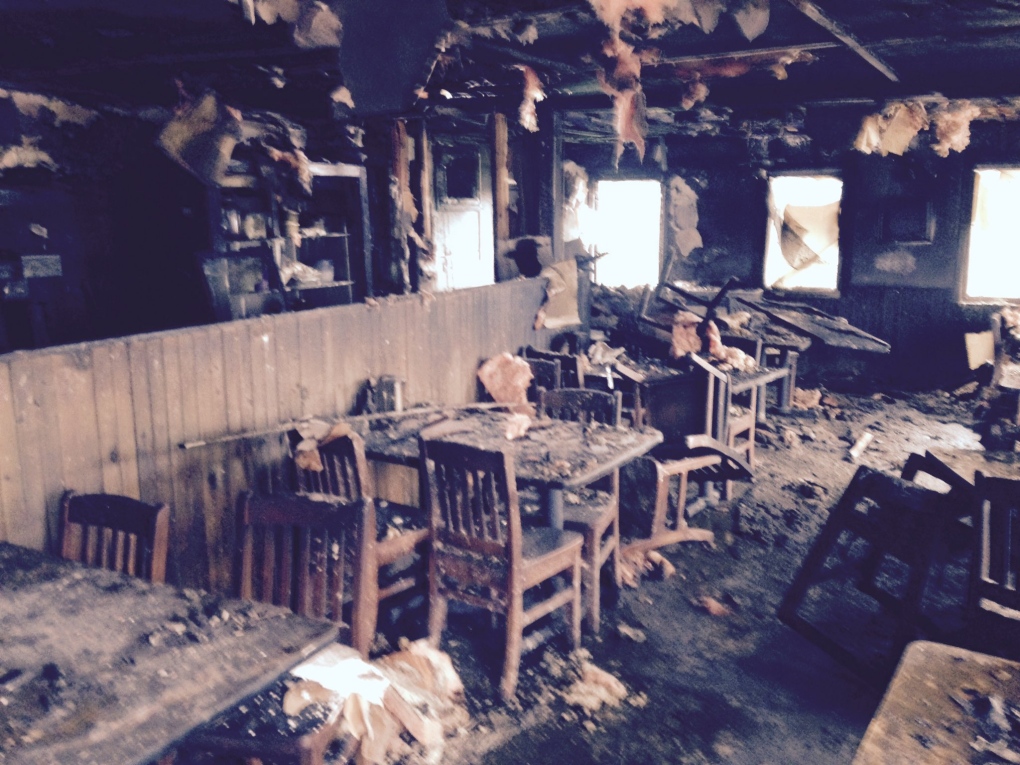 The aftermath of a fire that ripped through The Hacienda Roadhouse Café in Aylmer, Ont., on Tuesday, June 7, 2016. (Sean Irvine / CTV London)

The fire that gutted an Aylmer restaurant Monday night is not considered suspicious at this time.

The interior of the Hacienda Roadhouse Cafe suffered extensive damage after fire ripped through the building.

Firefighters were called to the restaurant on Talbot Line Monday night around 9 p.m.

Jimmy Wiebe, son of restaurant owner, says his dad was just closing up for the night when it happened.

“As (my dad) turned off all of the lights, he noticed a flickering in the back corner, so he went over to it and realized the breaker box had caught fire,” says Wiebe. “He had attempted to put it out, but wasn’t able to do anything. So basically he got himself out of the restaurant, made sure everyone else was out and called 911.”

The family only took over the restaurant on March 31.

One person suffered minor injuries and was treated by EMS at the scene.

Elgin OPP say the fire does not appear to be suspicious.

Talbot Line has since reopened to traffic.