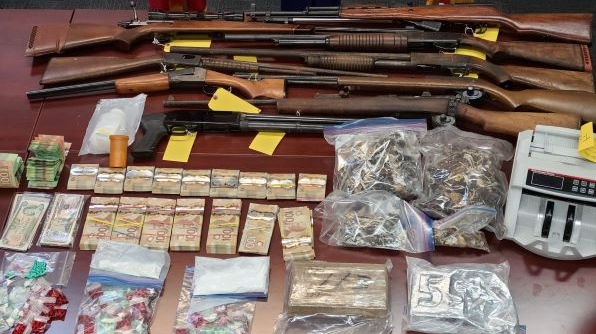 A 37-year-old resident is facing numerous drug and weapons charges after police executed search warrants in South Middlesex and West Elgin on Friday.

OPP seized nine guns, more than $100,000 in cash and a large amount of illegal and prescription drugs.

The suspect has been charged with numerous offences, including drug trafficking, according to the OPP.

Police plan to release more details in the future.