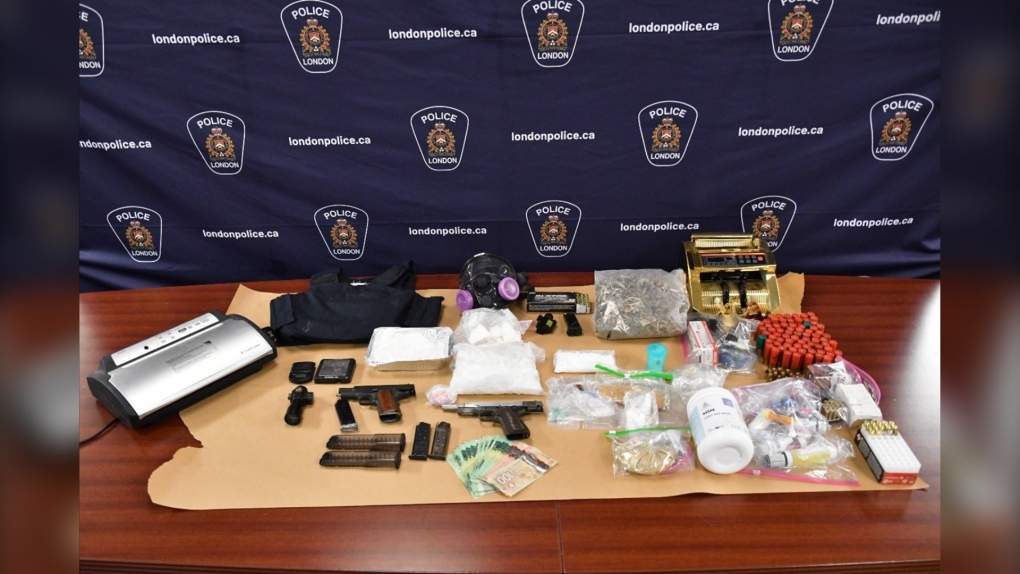 Items seized by London police as part of an investigation dating back to March, 2022. (Source: London police)

A month’s long investigation by London police has led to over 20 charges and a number of weapons and drugs taken off city streets.

Dating back to March, officers entered homes on Sarnia Road and Princess Avenue.

According to police, the following items were seized:

A total of seven people ranging in age from 21 years to 30 years old, all from North York, Toronto or London, are charged.

A gay man issues a court challenge over Canada's policy restricting sperm bank donations, a Quebec woman is surprised to find her stolen car had been used in brazen Ontario robbery, and actor Ryan Reynolds drops by a Toronto college and surprises students. Here's what you need to know to start your day.