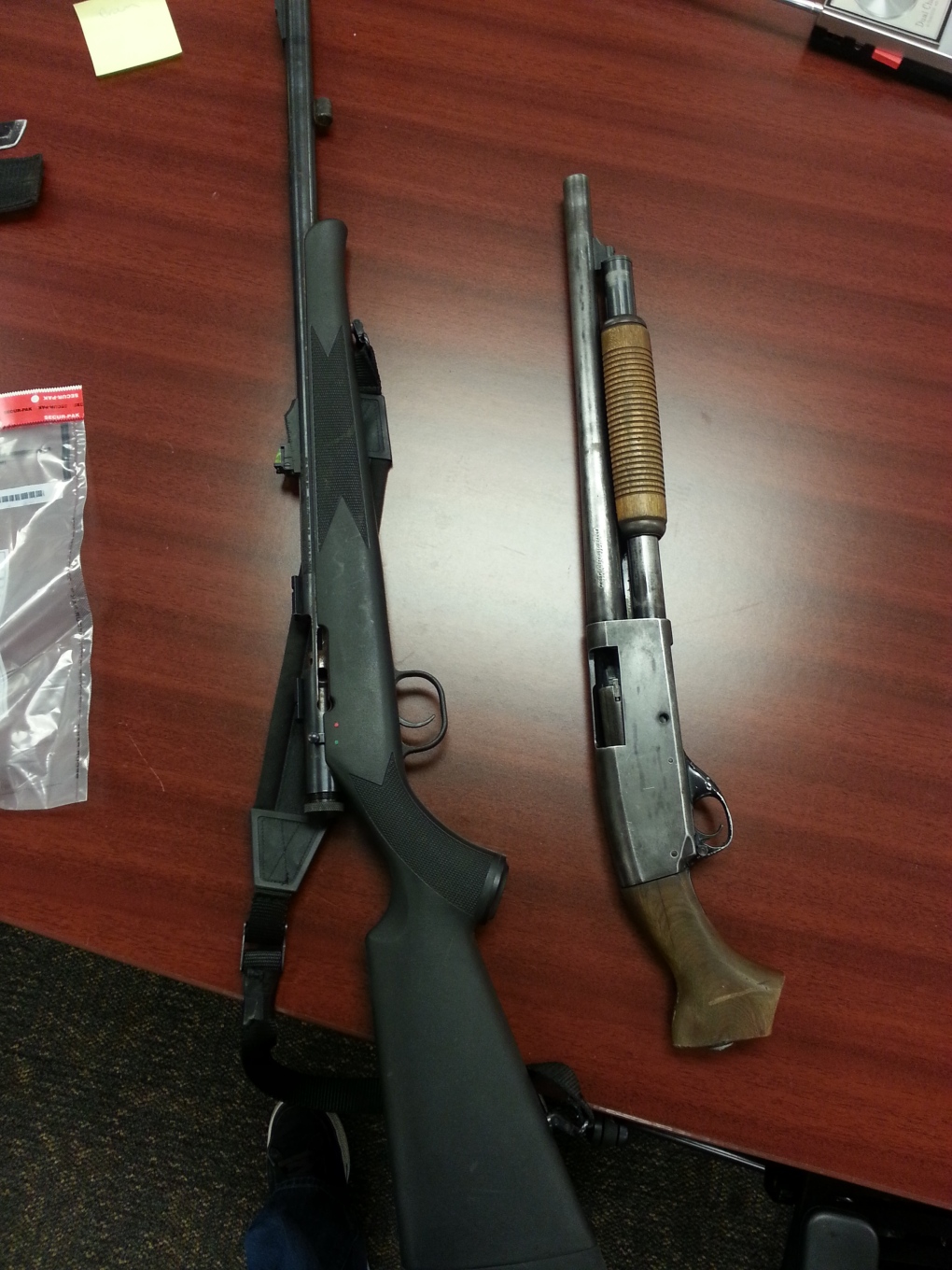 London police released this photo of guns seized during a raid on Rectory Street in London, Ont.

London police have seized several guns and crystal methamphetamine after a raid at a Rectory Street home.

Members of London's guns and drugs unit and the RCMP executed a search warrant at the residence on Wednesday.

Allan Corr, 46, and Lindsay Dubblestyne, 36, both of London, have each been charged with:

Corr is also charged with four counts of possessing a firearm/ammunition while prohibited, breach of probation and drug possession.