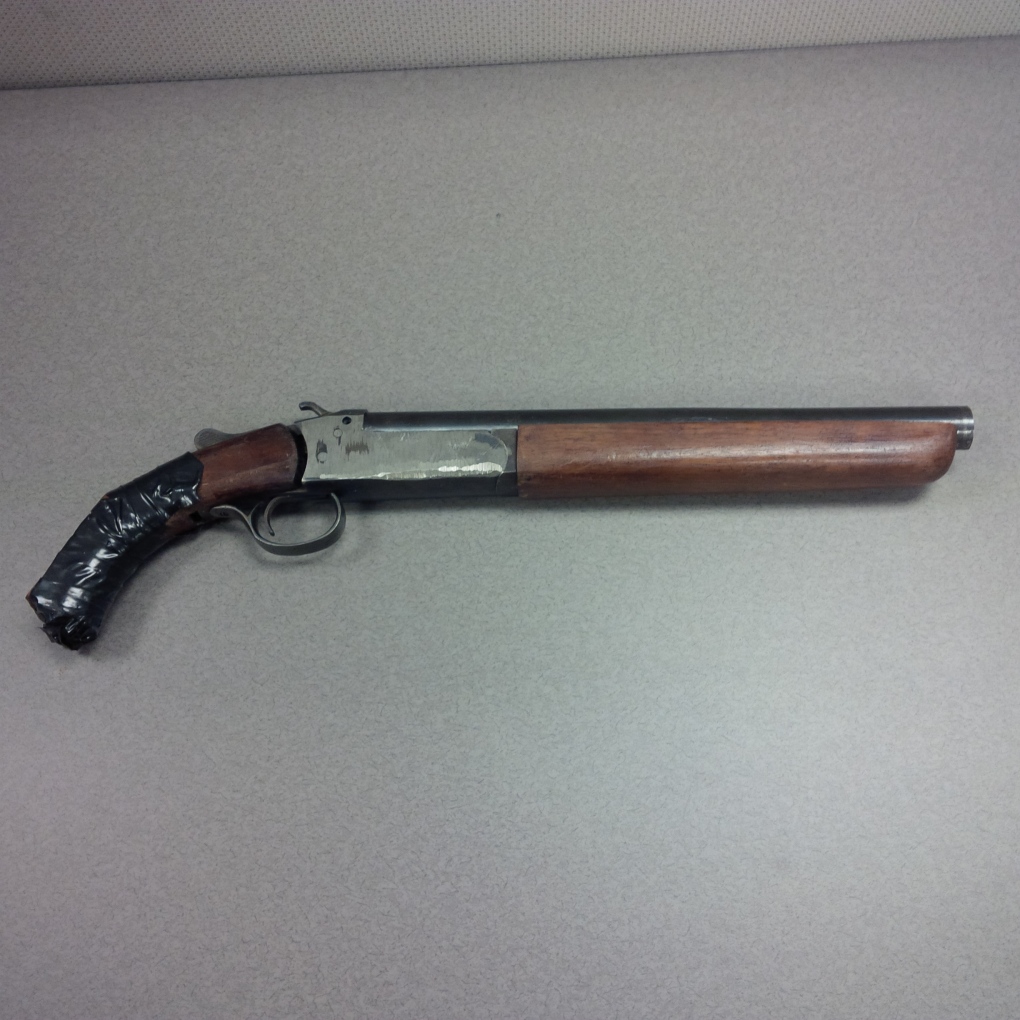 A gun seized from a Queens Avenue home on Friday, Oct. 3, 2014 is seen in this image released by the London Police Service.

London police say drugs and a sawed-off shotgun have been seized after a search of a Queens Avenue home on Friday.

In addition to the weapon, among the items seized were small amounts of: hydromorphone, dilaudid, oxycodone, marijuana bud and Canadian currency.

As a result, 49-year-old John Peckham of London has been charged with:

The search was executed in co-operation with the RCMP.