Growing up LGBTQ2+ in 'isolation' of rural Ontario 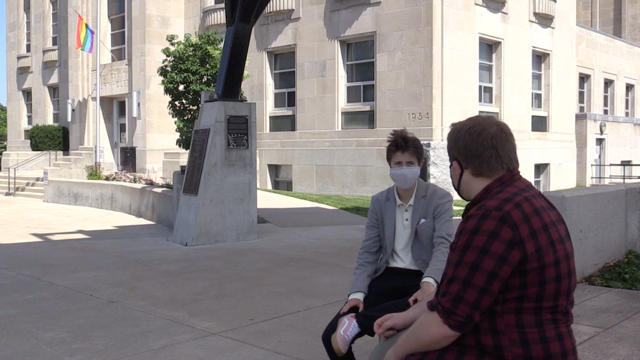 Jay Ellis came out as gay in Grade 11.

It wasn’t until his university years that he told people he was transgender, which in this case means he’s transitioning from a woman to a man.

Growing up in rural Ontario, he heard his fair share of taunts and snide comments.

“It was never specifically directed at me, but I knew there were things being said, and mine was a slow burn. Slowly people finding out, more and more,” says Ellis.

That fear of ridicule, is what kept AJ Adams in the closet until after he left his native Kincardine, Ont.

“Looking around when I was sort of having those thoughts of, maybe I’m gay, there was nothing I could look to, not even a Pride flag or a person I could approach. There was nothing that said, 'Oh that might be me.' So, I just stayed in the closet until after college, like a lot of kids from the country who go away to the city for post secondary school,” he says.

Growing up LGBTQ2+ in the country is the focus of a series of webinars Adams is hosting in conjunction with Kincardine Pride, every Thursday in June, called "'Out' in the Country."

With some years under their collective belts, coming back to their hometowns post-'coming out,' they both see more Pride flags and organizations signalling important change.

But, they also see room for improvement. Ellis, especially sees it in kids who are his age when he came out.

“They are still experiencing the same snide comments, the same little pokes that I did. So, we’re still getting there, but they have a community to fall back on, where I didn’t have that as much, outside of my small group,” he says.

You can access the “‘Out’ in the Country” webinars here.

Bakhtawar Khan excitedly waited, her friend holding two cellphones and a camera, for her turn to get a photo with NDP Leader Jagmeet Singh.