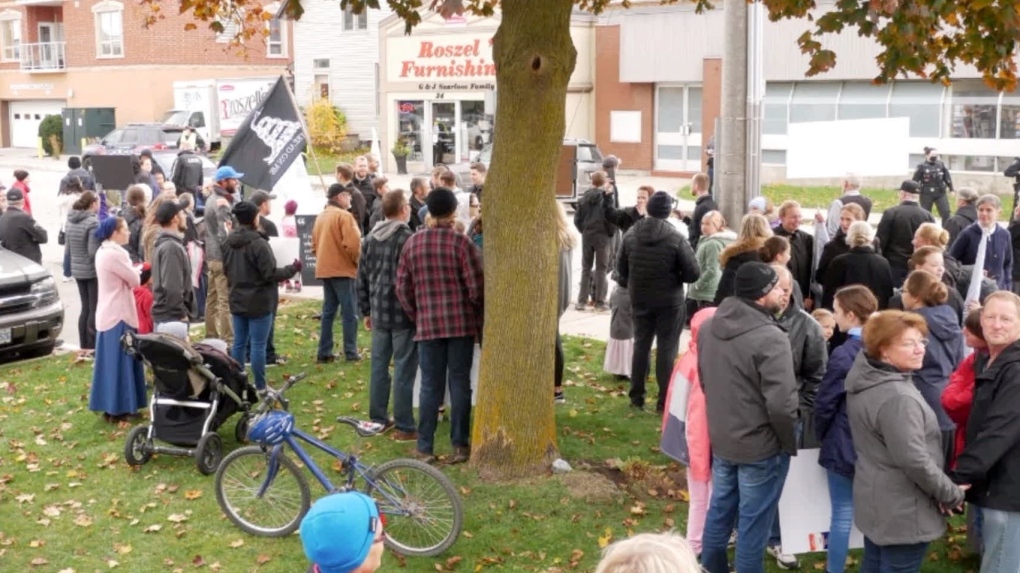 LONDON, ONT. -- A group called 'The Line Canada' is planning a convoy to Aylmer, Ont. Saturday, in what organizers say is a “show of support and solidarity” for an unsanctioned rally by anti-mask protesters.

The Line Canada’s executive director, George R, who did not want to provide his full last name, says it’s going to be a peaceful rally.

“We are against oppression and tyranny, we are fighting for human rights which are being squashed right now.”

On the group’s website, organizers invite those wishing to attend the planned unsanctioned protest on Nov. 7 to join their convoys, which they're calling 'Drive the Line.'

One convoy will be departing from London, and the other from Mississauga. Both will head to Aylmer for the unsanctioned 'Freedom March' planned for 1:30 in the afternoon.

George says they have held rallies for the past 28 weeks, and he claims there has not been a single case of COVID-19 among any of the attendees.

“There is no science behind wearing a mask, the government needs to have science and sources,” said George.

Aylmer police have said it will be all hands on deck Saturday as they gear up for the demonstration.

The event prompted a state of emergency declaration from the town, over fears the Freedom March by those opposing COVID-19 safety measures could attract counter demonstrations, and then get out of hand.

That declaration also led to threats against Aylmer Mayor Mary French, which have been reported to police.

The planned march follows a similar protest on Oct. 24 that saw hundreds of people without masks marching through town to the Palmer Park band shell in the core.

Aylmer Police Inspector Nick Novacich said in both cases the organizer failed to acquire the permits to hold such an event.

On flyers posted to their social media accounts, 'The Line' says “we will not rest” and “we will march until we are victorious.”

It continues that the group is “joining forces in support of Pastor Henry Hildebrandt and fellow Canadian patriots in Aylmer."

Hildebrandt, the pastor at the Church of God in Aylmer, has spoken out against the imposition of COVID-19 regulations.

On their website, 'The Line' says “the motorcade is designed to raise awareness and bring attention to The Line movement and its cause."