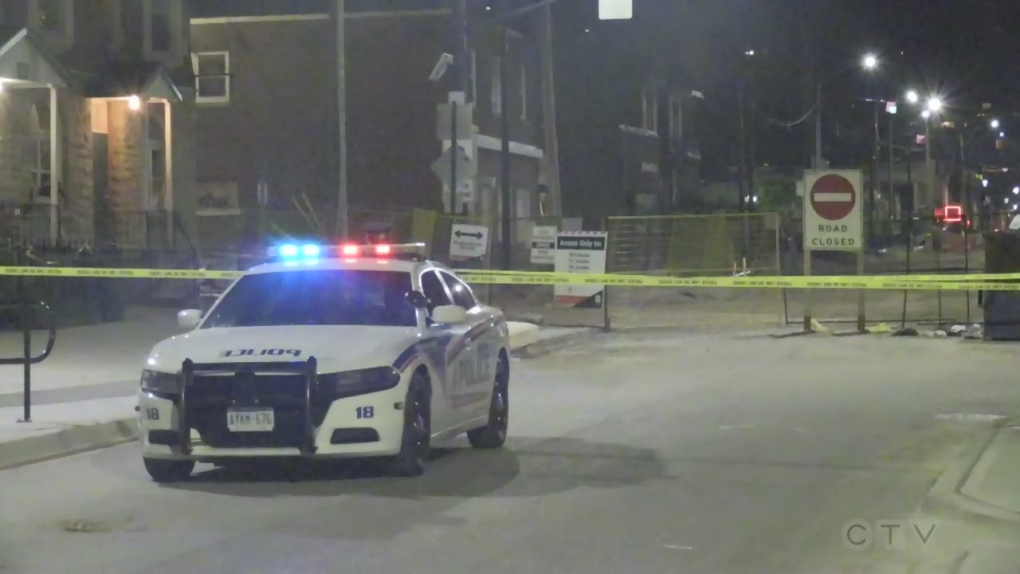 London police investigate a shooting that injured one person in the area of Dundas and English Street on July 25, 2021. (Joel Merritt/CTV London)
London, Ont. -

A 16-year-old Grimsby, Ont. boy has been charged with numerous offences after a shooting that injured one person Sunday evening in the Old East Village.

Officers were called to the area of Dundas and Hewitt streets around 9:20 p.m. and discovered a 27-year-old man suffering from non life-threatening gunshot wounds. A suspect was arrested nearby.

On Tuesday, police announced they have charged the teen with the following:

The boy can't be named under the Youth Criminal Justice Act. He will appear in court Aug. 4.

Meanwhile, police are looking for a second male who was with the accused at the time. He is described as a being between 5’9 and 6’ with a slim build and wearing dark-coloured clothing.

A B.C. judge has discharged the extradition matter against Huawei executive Meng Wanzhou after U.S. Justice Department officials reached a deal to resolve the criminal charges against her, allowing Meng, who has been at the centre of a years-long major geopolitical case, to enter into a deferred prosecution agreement and leave Canada, under certain terms.