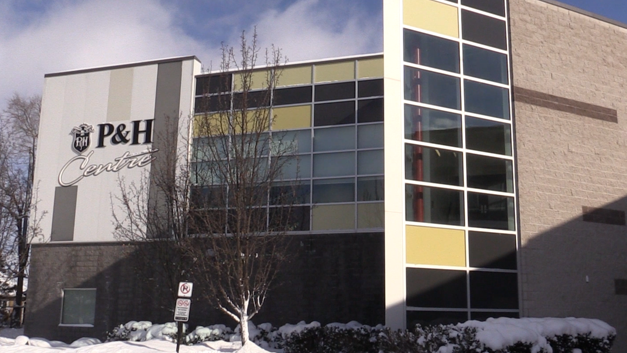 GREY-BRUCE -- If all goes according to plan, thousands of people will filing through Hanover’s arena this spring to get their COVID-19 vaccination.

“We are putting plans in place to be a vaccination hub. Hanover is a central location, and there’s easy access to Hanover from our surrounding catchment areas, so it makes us well positioned to be a hub,” says Hanover’s Mayor, Sue Paterson.

During a special council meeting last week, Hanover council agreed to remove the ice from their arena to prepare it to become a vaccination hub. When complete, it will look a lot like the recovery centre that filled the arena floor from April to October of last year, minus the hospital beds.

“We don’t anticipate running all three at the same time, rather it will be a scale up process, where we would set up a centre, operate it, move to the 2nd, then the 3rd, if need be,” says Dr. Arra.

While mass vaccination might seem like it’s a long way away, as Ontario’s current vaccination plan stalls due to a shortage of product, Dr. Arra contends Hanover’s immunization hub may be put to use, sooner than we think.

“We don’t expect to get measurable amounts of vaccines that allow us to operate a hub, not before the 2nd part of February, and that is a small chance. Most likely to be in March or after,” he says.

In nearby Huron-Perth, they expect to have their mass vaccination plan in place by January 31st.

“It will build on what the former Perth District Health Unit and Huron Health Unit have done in the past with mass vaccination clinics. Like during H1N1, we would vaccinate several hundred people a day,” says Dr. Miriam Klassen, Huron-Perth’s Medical Officer of Health.

Whenever the vaccine supply allows for it, Hanover’s mayor says they’ll be proud to be part of the Covid-19 solution.

“When those vaccines arrive, we’ll be ready to go,” says Paterson.