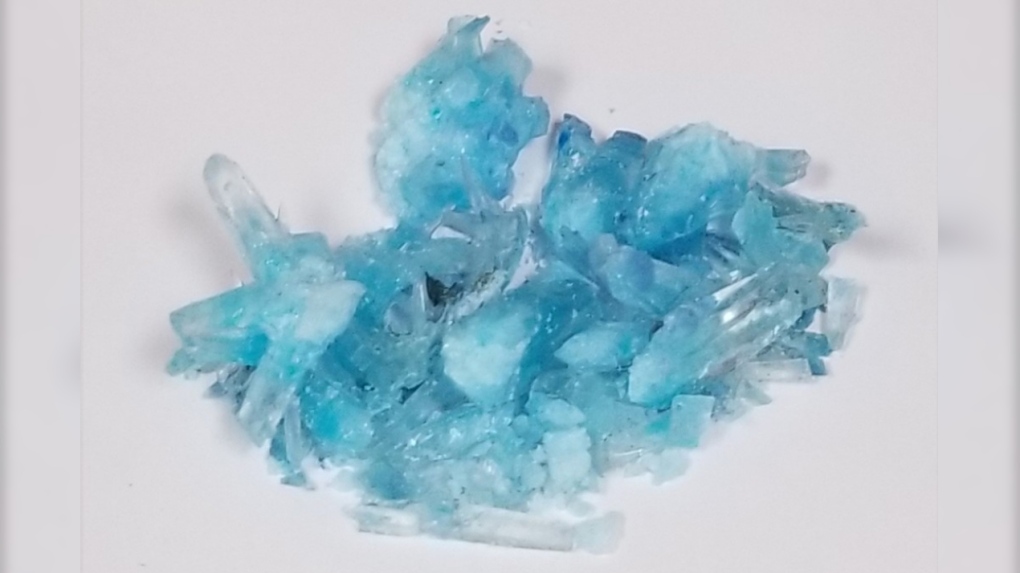 Crystal methamphetamine seized in Northern Bruce Peninsula, Ont. is seen in this image released by the Grey Bruce OPP Detachment.

Police have charged a 22-year-old man after being called to a "physical altercation" in Northern Bruce Peninsula that led to the seizure of crystal methamphetamine.

Officers were called to a Highway 6 address around 9:30 p.m. on Monday and say a male was found who was in an agitated state and would no cooperate with police.

The man was arrested and police say they believe he had assaulted another person at the scene.

A search following the arrest found over 65 grams of crystal methamphetamine and drug paraphernalia. Police call the find "alarming."

Crystal meth has a street value of $100-$200 per gram, depending on location, according to the federal Department of Justice. That makes the value of the seized drugs at least $6,500.

He was being held pending a court appearance on Wednesday.