Green light for $40-million investment in cycling and pedestrian infrastructure 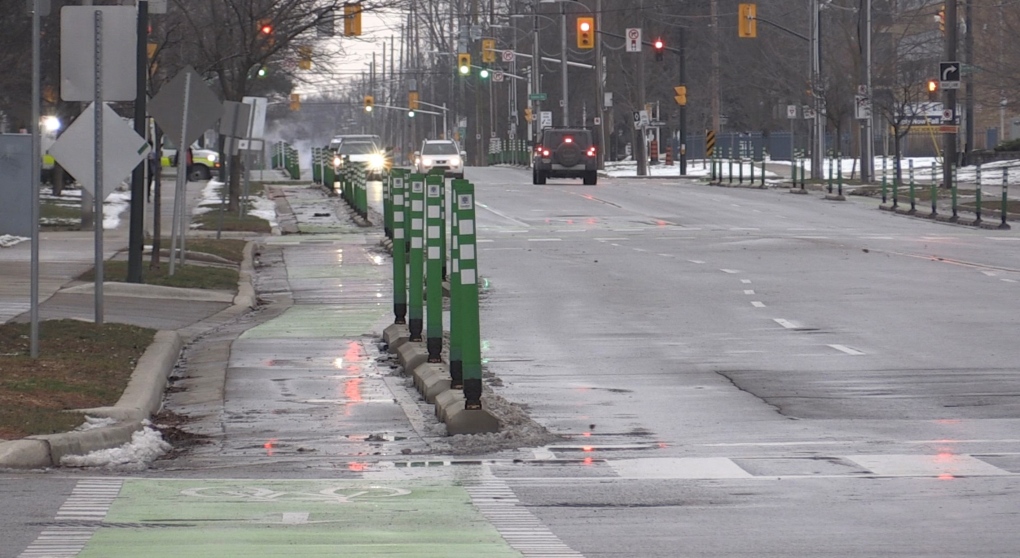 City council has unanimously backed one of the largest investments in active transportation ever in London, Ont.

A commitment of $10.7-million from city hall would unlock $29.3-million of senior government funding remaining since 2019 in London’s allocation of funds from the Investing in Canada Infrastructure Program (ICIP).

If the application is approved by senior governments, the $40 million would fast track numerous cycling and pedestrian infrastructure projects planned across the city including:

The federal and provincial funding is left over from public transit and active infrastructure funding first offered to London in 2019.

At the time, city council considered a list of projects including all five routes of the bus rapid transit (BRT) system, but ultimately did not advance the north and west routes for consideration.

Deputy City Manager of Environment and Infrastructure, Kelly Scherr told council that London Transit has not yet submitted transit projects that could qualify for the remaining $120 million available in the ICIP fund.

“This does not include transit projects at this time,” explained Scherr. “But does not preclude it in the future based on LTC’s ability to deliver, scope and define their needs,” she said.

The city’s share of funding for the $40-million list of active transportation projects will come from within the existing capital budget.

To qualify for the third stream of ICIP funding, projects must be shovel-ready and substantially completed by Oct. 31, 2027.

Scherr believes there is still time for London Transit to submit projects.

“They’ve agreed to wait and come back with some options in the future.”