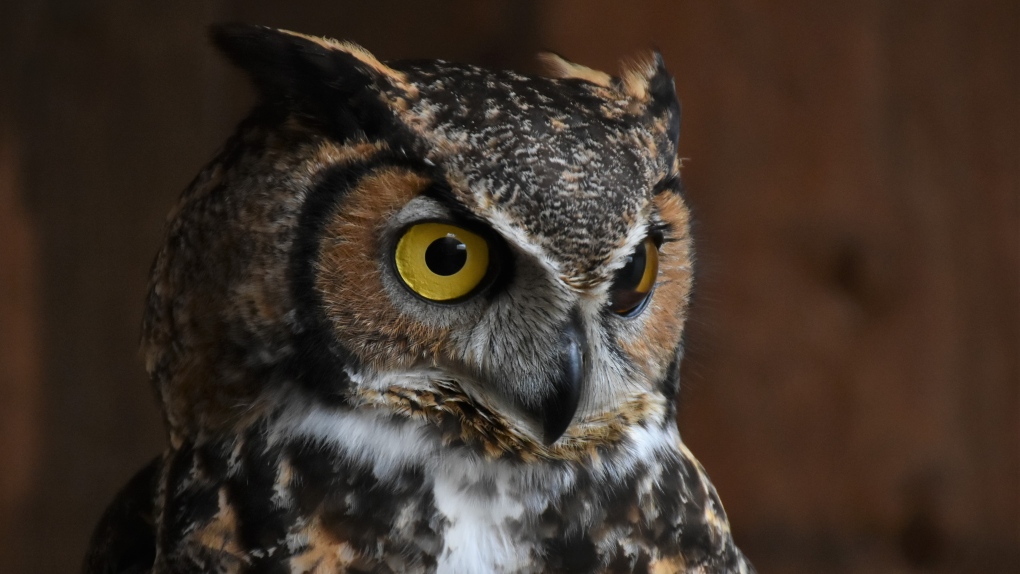 Officials from Salthaven Wildlife and Education Centre say an owl is on its way to recovery after it was hit by a car several weeks ago.

The great horned owl is now living at the centre in Mount Brydges as it continues to recover.

Kerwood, as he is called, was hit by a car and had a severe head injury with neuro-trauma.

He also suffered an eye injury and is now permanently blind in one eye.

He will need to be re-trained on how to hunt for live prey with just one eye before he is eventually released back into the wild.

The person who hit the owl called the wildlife rescue and brought him in.

It’s not an uncommon occurrence — because owls can become laser focused on a task like catching a mouse.

Brian Salt, director of wildlife rehabilitation at Salthaven, says it happens more often than people realize. They see about a dozen of cases like this a year.

He says the great horned owl population in London has increased significantly in last five years, in part because of an increase in feral cats, which the owls will sometimes hunt.

Salt asks that people not litter because the owls can be attracted to food on the side of the road.