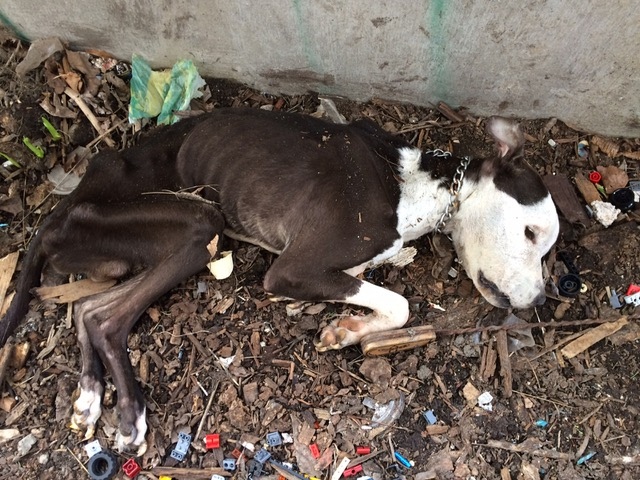 The Windsor-Essex County Humane Society is hoping to find the person responsible after a dog was starved to death.

The deceased dog was found near an abandoned building at the corner of Louis and Cataraqui in Windsor.

The body of the dog was found by a member of the public late on Wednesday. An examination indicated that the dog has been there for some time – potentially several months, although the society says a specific time frame is difficult to determine.

The dog was an un-neutered male, medium sized, pit-bull type dog, about four years of age. He was wearing a choke chain collar.

Veterinary findings indicate that the dog was starved to death over a period of many weeks.

It is believed that he likely died in another location, and his body was disposed of in the location where he was found, the society says.

Anyone with information about who may have owned or starved this dog is asked to call the Windsor-Essex County Humane Society.