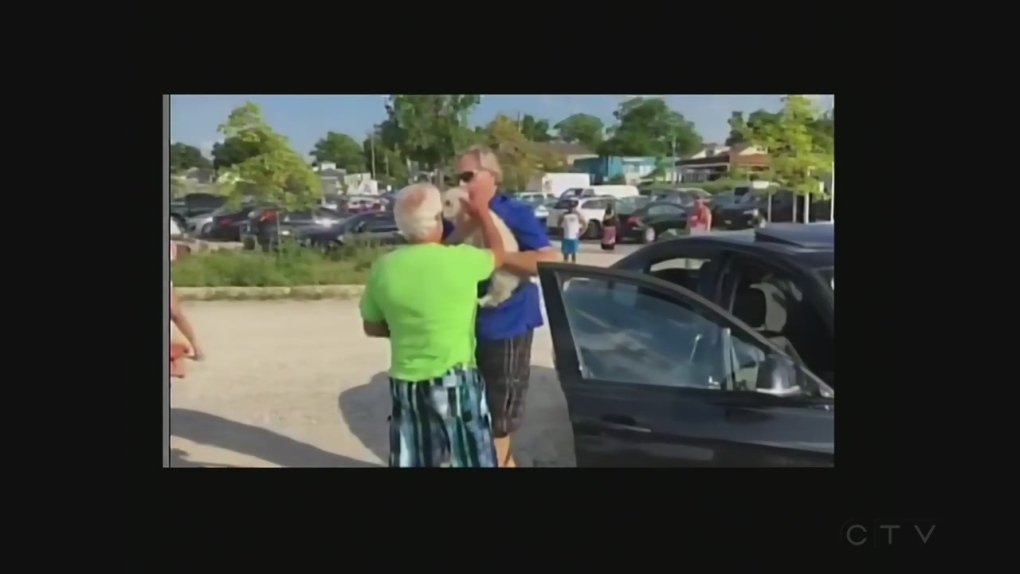 Lambton OPP say they are continuing to investigate the case of a dog left in a hot car in Grand Bend over the weekend as is the Society for the Prevention of Cruelty to Animals.

On Saturday, bystanders broke the window of a 2014 BMW to free the dog who had been in the car at least 90 minutes, with temperatures hitting 30 degrees. The incident was caught on video.

OPP were called in and arrived just as the owners of the dog returned to their vehicle, just before 7 p.m.

Police say the owner of the BMW was not concerned about his smashed window and they have not be able to identify the male involved who used a rock to break it.

Police returned the dog to the owner and are now working with the SPCA on next steps.

OPP are reminding pet owners that animals can become quickly distressed in hot vehicles. A penalty of up to $10,000 can be handed down or a prison term of 18 months to five years imposed if it is believed someone caused pain or suffering to an animal.

They also asked the public to use discretion in similar cases of animals in vehicles. Police say they prefer to be called before anyone causes damage to property.

They are asking the public to contact Crime Stoppers or OPP at 519-882-1011 if anyone has any information about what happened in Grand Bend on Saturday.