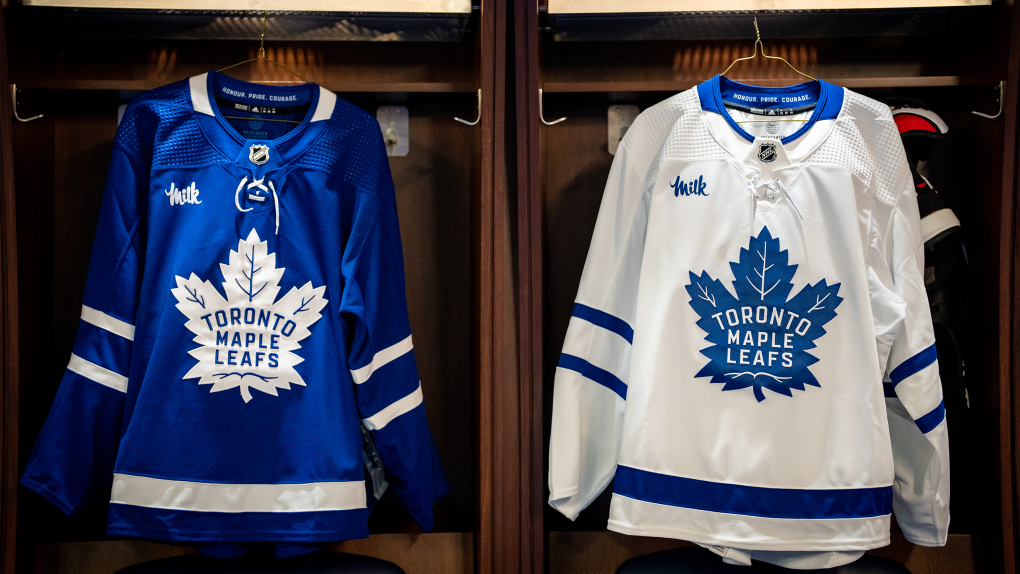 The Toronto Maple Leafs will sport a "Milk" patch on their jersey this season after reaching a partnership with Dairy Farmers of Ontario.

The multi-year agreement comes into effect as the NHL introduces a sweater partner branding program that allows teams to sell advertising on their jerseys beginning this upcoming season.

The patch, featuring the Dairy Farmers of Ontario's longtime logo — the word "Milk" in a stylized cursive font — will be added to the upper right of the Leafs' jerseys.

The patch will appear in blue on the Leafs' white road jerseys, with the inverse on their home jerseys.

The Leafs will debut the jerseys Saturday in a pre-season doubleheader against Ottawa.

Toronto is the third Canadian team to add an advertising patch for the upcoming season after the Montreal Canadiens reached an agreement with the Royal Bank of Canada and the Winnipeg Jets inked a deal with Canada Life last week.

This report by The Canadian Press was first published Sept. 20, 2022.