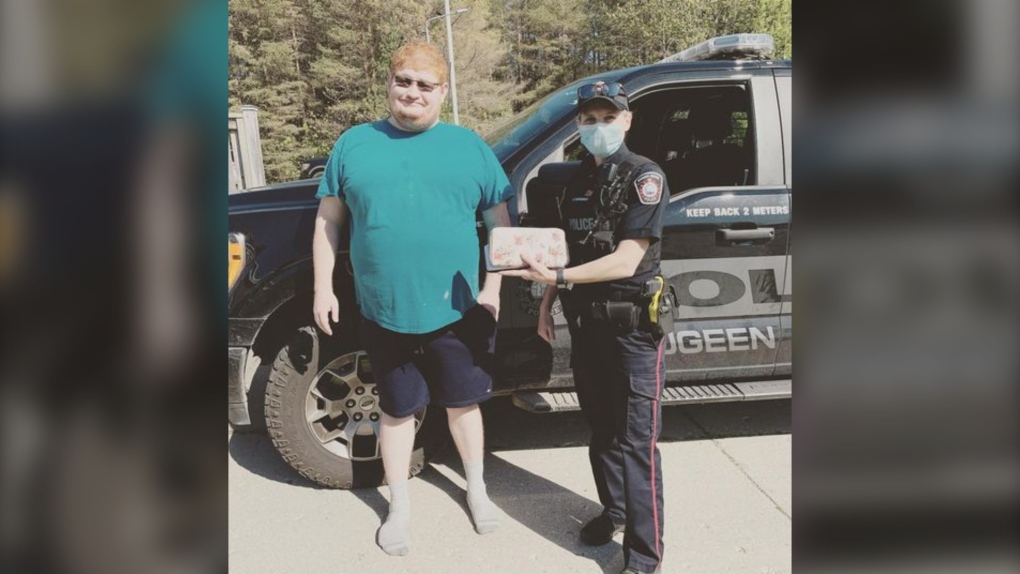 If you need a feel-good story for your Tuesday evening, Saugeen Shores police might have just the one.

Posting on Facebook Tuesday afternoon, the Saugeen Shores Police Service shared that police were contacted by a man named Jamie after he located a lost wallet and a cell phone.

Police responded to the call where they soon learned that the wallet contained $5,000 in cash.

Saugeen Shores police said that because of Jamie’s “honesty and integrity”, the cash, cell phone and wallet were returned to its rightful owner.

Police also shared that as a reward, they presented Jamie with some "Positive Tickets" for his honesty, including a gift card to Tim Hortons and a coupon for Boston Pizza.

The latest on the G7 summit: Leaders at the Group of Seven summit in Germany have joked about what would make them look tougher than Russian President Vladimir Putin.