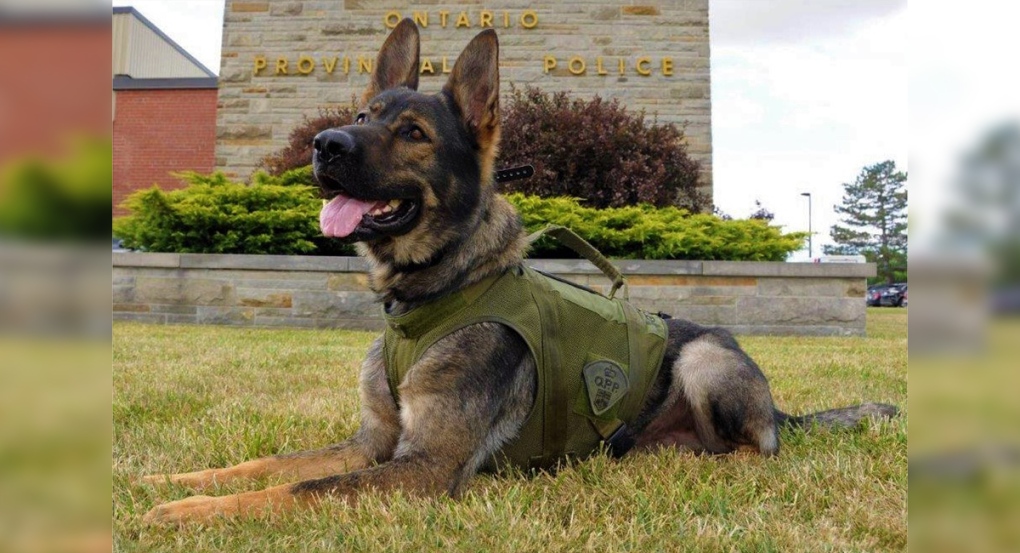 OPP say an officer attempted to stop a vehicle on Kerr Drive shortly after 2 a.m. but the the SUV took off.

After a short chase, the vehicle went down a dead-end road nd reportedly skidded into a guard rail and that's when the driver fled on foot.

As officers set up a containment area, PSD Valor, a seven-year-old German Shepherd, tracked the suspect to a garden shed on Josephine Street.

In addition, Valor located a package of suspected methamphetamine allegedly discarded by the suspect.

The 28-year-old Goderich man has now been charged with:

He was being held in custody ahead of a court appearance on Wednesday.