Goderich to Guelph Rail Trail getting a new lease on life

GODERICH, ONT. -- When the Goderich to Guelph (G2G) Rail Trail is finally resurfaced this fall, Len Jewitt will have played a big role in the resurrection.

“It’s a healing process for me to go back and put it back together,” says the Waterloo-area farmer.

Since April, Jewitt has been using his own equipment to grade kilometre after kilometre of old rail bed that cuts a 130 km path from Guelph to Goderich.

It’s a labour of love for the retired farmer and avid cyclist, who has a vision for what the trail could be. 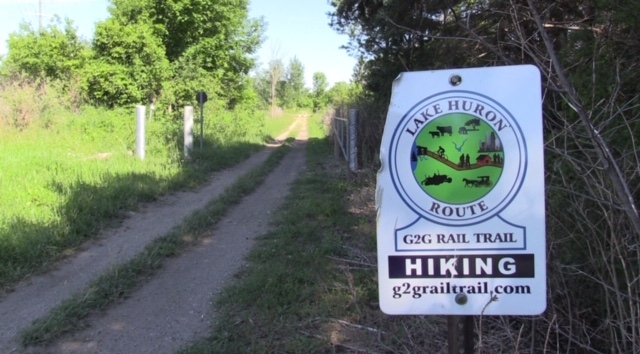 “My goal is to re-establish the tabletop. And with a tabletop you can define the edges for grass cutters. Removing old dead trees, basically preparing a smooth top for the next step, which will be the stone dust that is coming through,” says Jewitt.

For the past few weeks, volunteers like Jewitt have been working on the arduous task of getting the 130 km trail ready for resurfacing.

“The further you get away (from Goderich) the denser the bush gets, and rougher the trail. This is going to make it a fairly consistent, high-quality surface for recreational use for many years to come,” says volunteer Doug Ellacott.

It’s taken a lot of work, and bridge building, but it’s expected the walking and biking trail that cuts through the heart of Midwestern Ontario will be complete by this fall.

“It’s a wonderful gem that was just sitting there, waiting to be fixed up. Up until a few weeks ago, we thought the whole COVID situation was going to put a kibosh on some of the work, but we’ve been able to find protocols and we’re going full speed ahead,” says Chris Lee, G2G organizer.