GODERICH, ONT. -- Skylarr Macdonald-Webster has a hole in her life following the death of her stepfather, Garrett Alexander, earlier this year.

"He was trying to get clean. We had all these plans, like he was going to adopt me and they (my mom and Garrett) were going to have a baby and get married. And then he just didn’t want to do it anymore," says the 15-year-old from Goderich. 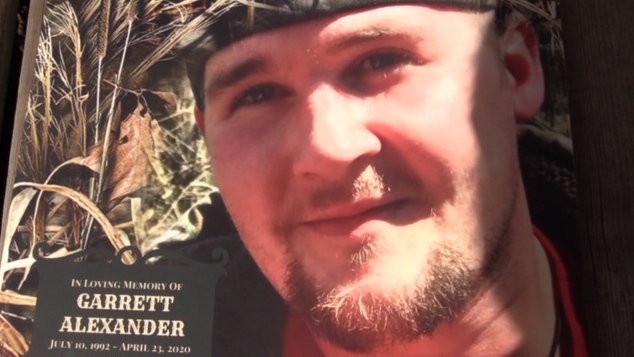 Garrett didn’t get a chance to adopt Skylarr. The 28-year-old died from a drug overdose at the home he shared with Skylarr and his mom Kourtney in Goderich, on April 23. He’d been a recovering addict for four years.

His embarrassment at being a recovering addict is what sparked Skylarr to mark International Overdose Awareness Day, which was last week, by creating purple T-shirts. Over 100 have been sold, with some shipped as far as British Columbia. 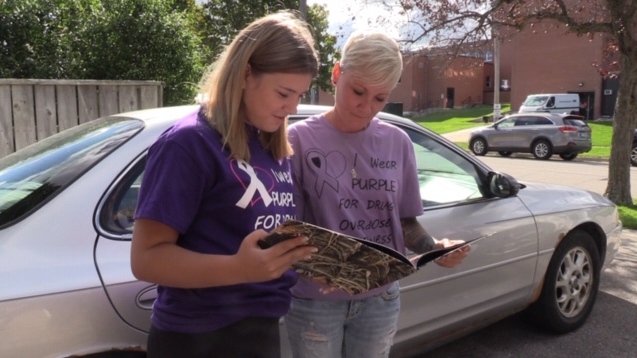 Over 100 purple T-shirts have been sold to raise money for the Tanner Steffler Foundation as pictured here on Friday, September 4, 2020  (Scott Miller / CTV News)

Skylarr is sending the $1,500 raised so far to the Tanner Steffler Foundation, created in honour of the Seaforth teen who died from a drug overdose in June of 2017.

Alison Wilson is with the Tanner Steffler Foundation.

"This is more than just a fundraiser. This is changing how our community addresses the stigma associated with overdoses and also holding space and creating solidarity for those who have been impacted by a drug related death," says Wilson.

You can help Skylarr and her cause by ordering a shirt from her International Overdose Awareness Day Shirts Facebook page.

"I think [Garrett would] be proud that I’m trying to make sure this doesn’t happen to someone else. There is help out there for people," she says. "It can happen to anyone, it happened in our house."