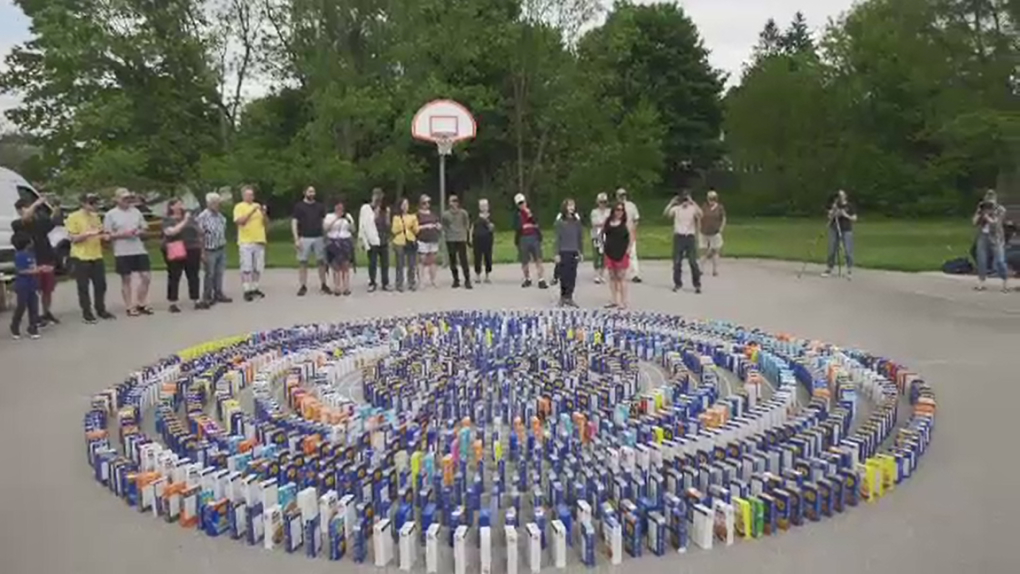 Over 1300 boxes of mac and cheese collected for the domino challenge in Glen Cairn Park North on Saturday, May 28 2022 (Joel Merritt/CTV News London)

The Glen Cairn community and Glen Cairn School collected over 1300 boxes of mac and cheese to create a domino line that would then be donated to the London Food Bank.

It took from 2:00pm to 4:30pm to set up the domino line and took almost two minutes for them to fall.

Jane Roy, the co-executive director of the London Food Bank was moved by the community coming together for the cause.

“I think it's just a great example of how just one person and one box makes a difference when it all gets added up together ...you know we help out 3600 families a month so that's gonna help half of them which is pretty awesome,” said Jane

The domino challenge was held as part of Glen Cairn's Festival in the Park, which included food, games and merchants from throughout the area.