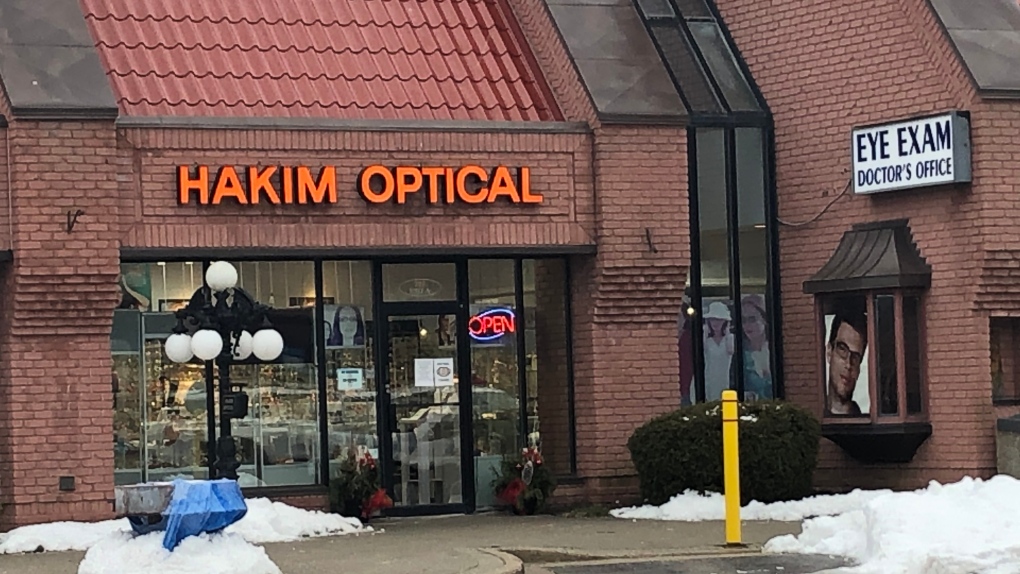 LONDON, ONT -- A man who allegedly stole several pairs of glasses from two eyewear stores has been arrested by London police.

Surveillance cameras captured a man entering the store and stealing a number of glasses.

The second incident happened at Einstein’s Optical at 260 Blue Forest Dr. when a male suspect entered the store and stole several glasses before fleeing in a vehicle.

Through an investigation police were able to identify the suspect and make an arrest.

A 31-year-old London man is facing two counts of break and enter and theft and three counts of fail to comply with release order.