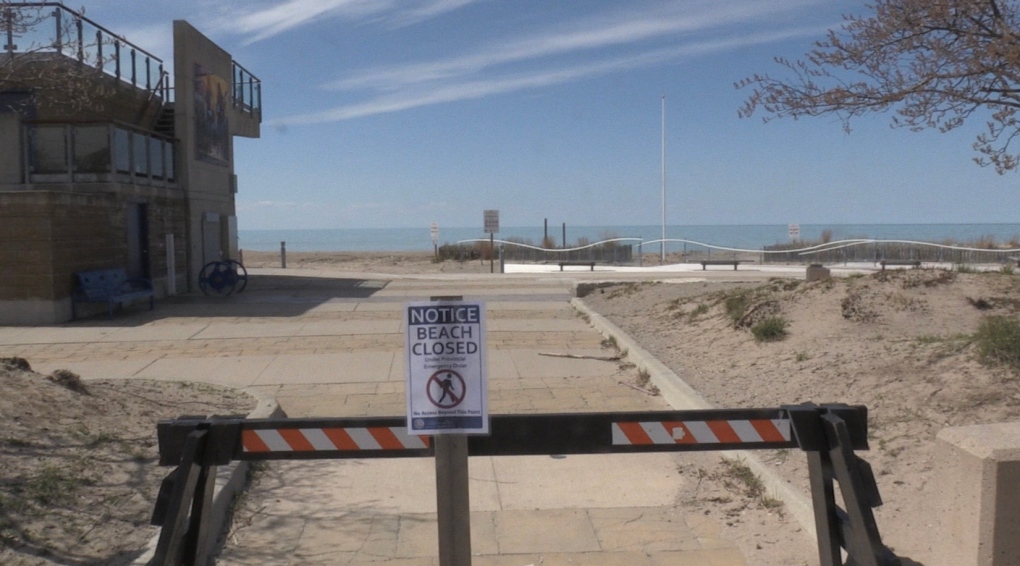 MIDDLESEX COUNTY, ONT. -- Having already issued a warning, OPP laid fines after finding a group of people setting off fireworks and enjoying a bonfire on the beach in Grand Bend, Ont.

Provincial police responded to the main beach for a group of five people who had gathered there around 11 p.m. Wednesday.

When they arrived, officers found it was the same group of renters who had been warned following a complaint the night before.

That night Lambton Shores OPP had opted to warn the individuals about the emergency measures requirements during the COVID-19 pandemic.

They were not given a second warning.

A 27-year-old Kitchener man was charged with failing to comply with an order during a declared emergency.

Police say they will continue to educate the public, and consider enforcement a last resort.

Under the Emergency Management and Civil Protection Act, failure to comply can mean fines for an individual that range from $750 to $100,000 or up to a year in prison.