Gap in the Thames Valley Parkway to be filled this weekend 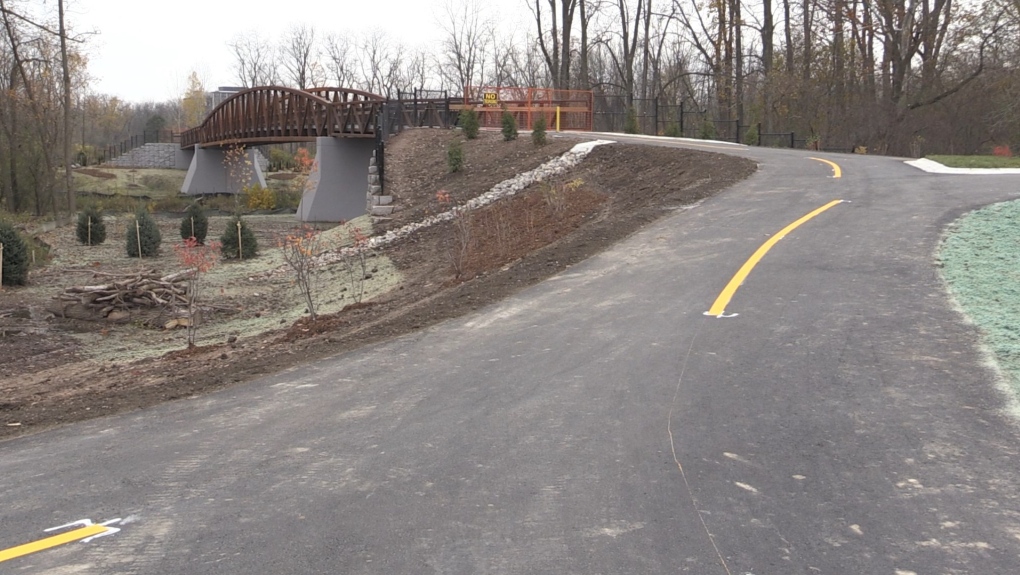 LONDON, ONT. -- A critical link for pedestrians and cyclists along the Thames River will be open this weekend.

The long-awaited extension to the Thames Valley Parkway (TVP) that connects Ross Park on Richmond Street to the North London Athletic Fields on Adelaide Street is receiving its finishing touches.

"It’s an amazing investment in the city," says Tiffany Atcheson who regularly walks the TVP. "I’ve got three boys who like to bike on the trail. They can go for miles and not have to interact with any traffic."

Budgeted for $6.3 million, construction included two bridges and a paved pathway along the river.

Arriving at the gap, cyclists and pedestrians had been forced to leave the multi-use pathway, traveling along Windermere Road and Richmond Street, before reconnecting with the TVP.

"Filling the gap really unlocks a lot of London’s neighbourhoods to be able to efficiently connect to the rest of the network," Jamieson explains.

Cyclists will no longer detour onto busy roads to travel between northeast London and the rest of the city’s riverside pathway.

Pedestrians, cyclists, and dogs should remain on the paved pathway to protect the delicate ecosystem in the newly accessible area.

Originally intended on open at the end of September, construction of the link was declared ‘non-essential’ during the early part of the COVID-19 pandemic.