FROM THE ARCHIVES: Remembering local heroes: Meet some of those who served

Remembrance Day was observed at Buckingham Palace in the morning of Nov. 11, 1919 and included a two-minute silence that continues to this day.

From school children to senior citizens, Canadians pause to reflect on those who paid the ultimate sacrifice for their country.

The Canadian war dead numbered about 61,000 in the First World War. Some 45,000 Canadians lost their lives in World War II. The Korean conflict included the loss of about 500 Canadian soldiers and the War in Afghanistan saw more than 150 deaths.

Those who survived the wars and returned home to Canada were never the same.

Here are biographies of some of the local heroes who faithfully served their country. 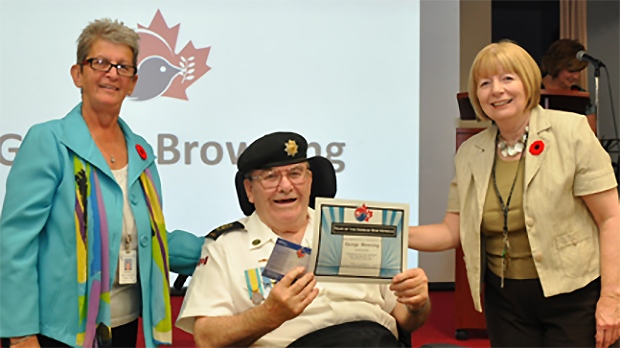 George Browning was part of the darkest chapter Canadians endured in the Korean War.

On May 3, 1953, Canadian soldiers faced an enemy assault.

They exhausted their ammunition and were forced into hand-to-hand combat. Browning had to be a stretcher carrier for the dead and wounded.

Browning has always had a passion to help his community.

In 2017, his efforts at a food drive saw 1,000 pounds of food and $500 cash donated to the London Food Bank. Browning was assisted in his efforts by the Royal Canadian Legion, Ladies Auxiliary.

He also served in the local Korea Veterans Association. 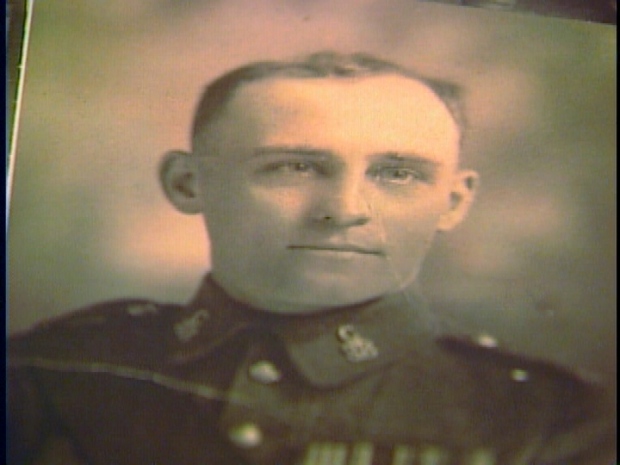 Arthur B. Freeman was born in St. Thomas in 1896 on St. George Street and lived in the same house his whole life.

He was a postal worker and involved in several community organizations.

He served in the 91st Battalion in the Great War and arrived at the front lines to fight in the Battle of Somme. 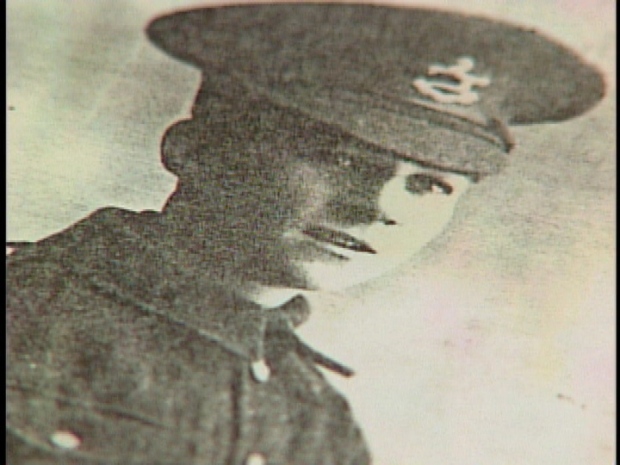 Jim Pickston was born in Great Britain in 1898 and settled in Elgin County after the First World War.

He saw his whole platoon killed in action and was the lone survivor. He remained troubled throughout his life that so many lives were lost.

Pickston was also part of one of the most famous days in all war history. On Christmas Day, 1916 the Allies and the Germans both stopped fighting for that one special day.

The men came out of the trenches and expressed a wish for peace. Pickston said not a shot was heard. 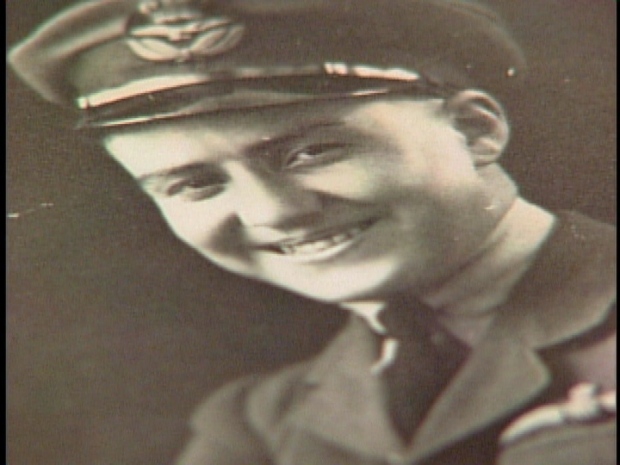 He only saw one plane in his life prior to joining the Royal Flying Corps. The next plane he saw, he had to fly.

During the First World War, Scott flew almost 100 missions and reached the rank of captain.

Scott was in England when the war ended.

He was at Buckingham Palace and saw members of the Royal Family declare the end of the war. He said it was the most exciting day of his life. 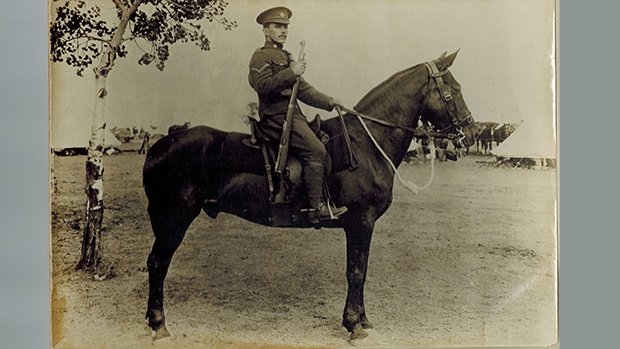 Hugh Silcox was born in Southwold in 1891 and was a school teacher.

He signed his attestation papers on Dec. 19, 1914 and served with the Canadian Light Horse Unit.

His name is included in the Southwold Veterans Memorial. 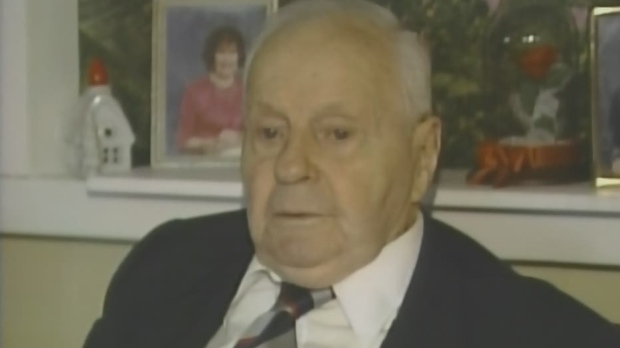 Sarnia Second World War veteran John Mills served with the 1st Hussars and recalled the “popping and banging of guns” when he reflected on the war in 2015 with CTV News.

He was at a captured Luftwaffe airbase when he heard the announcement on the radio about the war’s end. "The Germans had unconditionally surrendered. And they blasted that a couple of times out."

His immediate thought was, “God, it’s over with.” 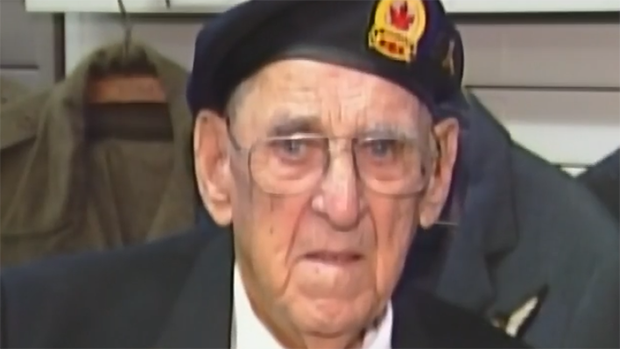 Strathroy’s Vernon Giberson was wounded in battle during the Second World War.

He would return to the fight and would witness the end of Nazi Germany.

He recalled a Major telling the men the Germans had surrendered.

Giberson was shocked and remembered raising a small glass with a group of men under his command.

The toast on VE Day was not in celebration, though, he said. He had lost his best friend on D-Day. 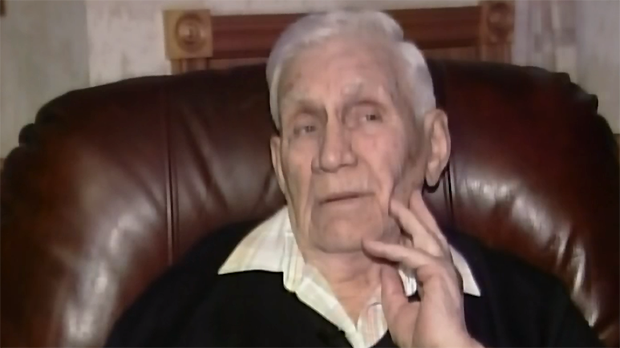 Pat Reidy, of London, served his country for four years, two of them underage. But he recalls fighting an enemy, younger than he was.

He says the Germans had soldiers as young as 14 and 15.

When a senior officer told him the war was over, his first reaction was, bull, he recalled.

The end of hostilities brought flashbacks for Reidy and thoughts of the men who died.

“You thought about what they meant to you and you never forget that,” he said. 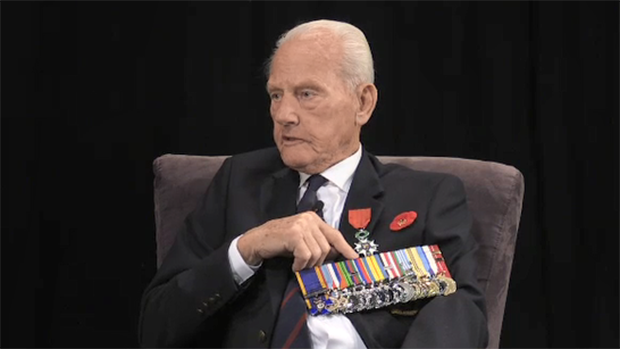 Schussler took part in the liberation of France as part of the 4th Canadian Armoured Division. 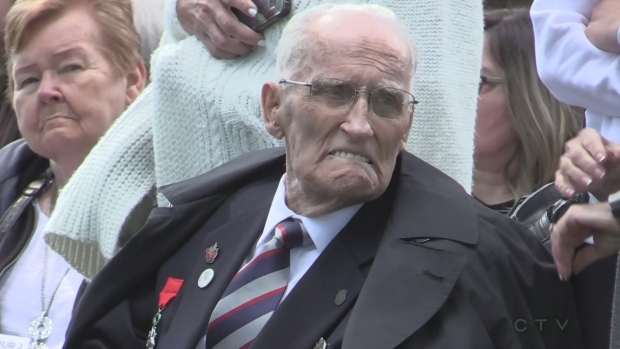 Phil Cockburn was a gunner during World War II and one of the last surviving members of the 1st Hussars.

He stormed the beaches of Normandy as part of the Allied invasion and recalled being petrified.

He came home from the war, but he never forgot his buddies who didn’t return from the beaches. 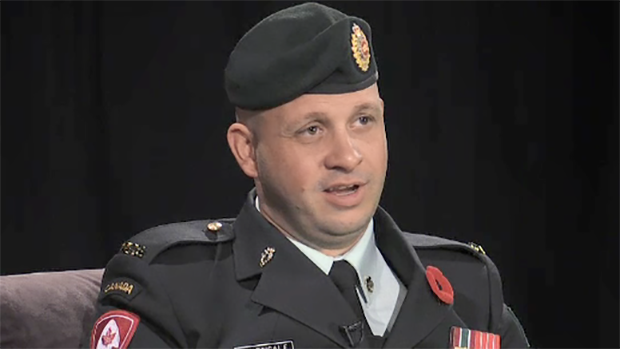 Tim Nightingale arrived in Afghanistan in 2010 and was assigned to find and destroy mines and IEDs.

He was known as a brave man among his comrades.

While on duty, Nightingale heard an explosion from inside his LAV. He rushed out to help American soldiers he said were “flying through the air like rag dolls.”

Two of the men he attended to that day died. 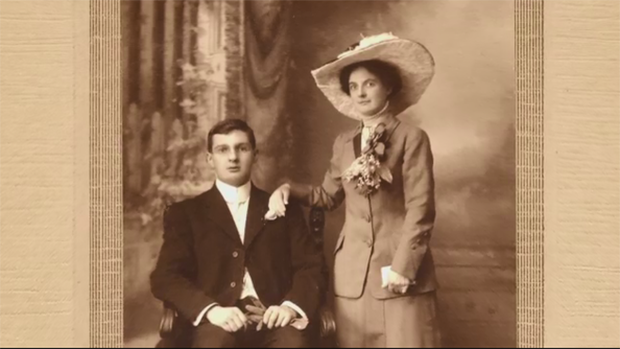 London’s Dick Armer left his factory job to serve in the Great War.

He often sent letters home to his wife Mabel at their High Street home, where Mabel was raising their three children.

The last child was born shortly after Armer headed overseas.

Armer died in service and is one of thousands of soldiers with no known grave. 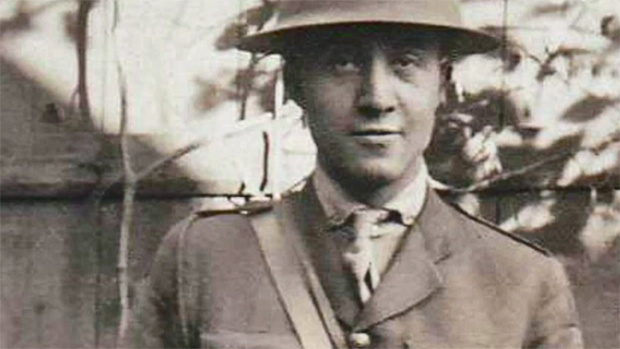 Bart Cottan served in the Great War and died on a French battlefield.

He left his London home to serve his country and arrived in England as an officer.

Cottan was tasked to lead a stealth night mission across no man's land. The goal was to grab a German and take him prisoner.

He died trying and his unit heralded him a hero. His body was never returned from the German lines. 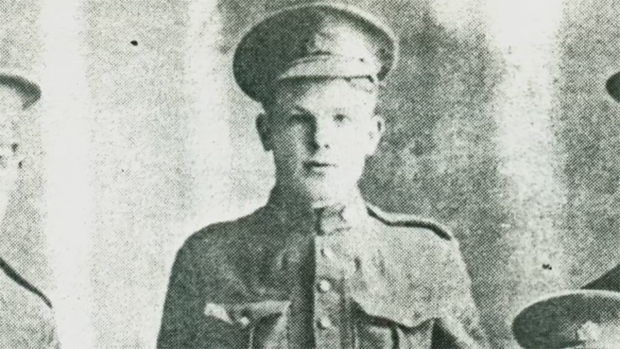 Born in Grey County, Jesse Sargeant served in the 21st Battalion, which lost 5,000 men in the First World War.

Sargeant was not one of them. He fought at Vimy and was hit twice by shrapnel in the neck.

He recuperated in England and returned to Canada by war’s end.

The pain from his physical wounds would never end and he also suffered mental anguish. 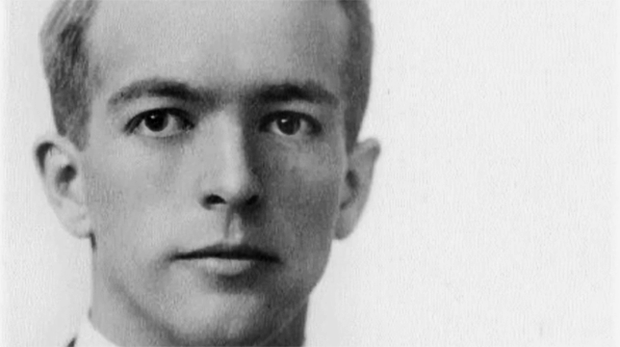 Dorchester area native Harold Talbot was a preacher’s son who decided to join the Royal Airforce.

He was among the first to learn to fly at Camp Borden.

He is the first Canadian to die in the air at Camp Borden and the control tower there is named after him. 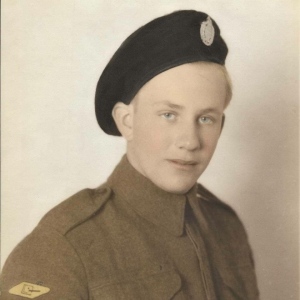 In the trenches at Vimy Ridge: How to take a virtual tour

A dead veteran's car was parked at a hospital for years. His estranged family now knows why

'No regrets': The story of a war bride who moved to Canada