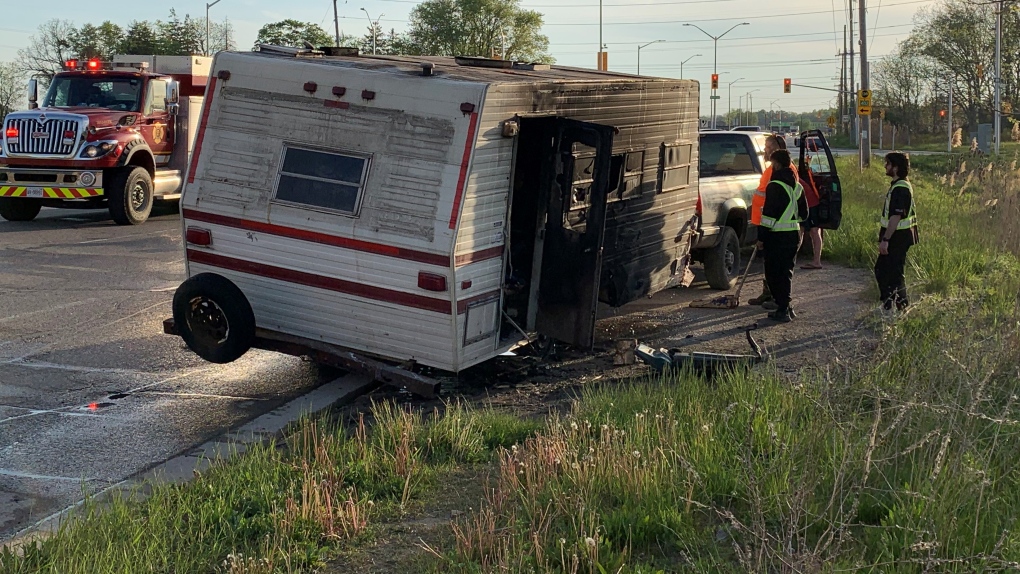 LONDON, ONT. -- A group of men found out the hard way that you get what you pay for after their free trailer went up in flames in south London Wednesday evening.

Fire officials say crews responded to Exeter Road just east of Wonderland Road South over the supper hour where they found an early 80s model camper-style trailer on fire at the side of the road. It was hooked up to a pickup truck.

According to a fire captain on scene the vehicle with the trailer attached was heading west on Exeter when a tire blew on the trailer and an axle collapsed.

The friction from contact with the asphalt caused sparks, leading to a fire. The trailer was destroyed in the roadside blaze.

No one was hurt. Traffic was disrupted in the westbound lanes while police investigated and crews put down the fire.

Fire officials say the men came from Sarnia and had just picked up the trailer, which they acquired at no cost. They say the vintage camper had no license plates and was not insured, nor had it been safetied.