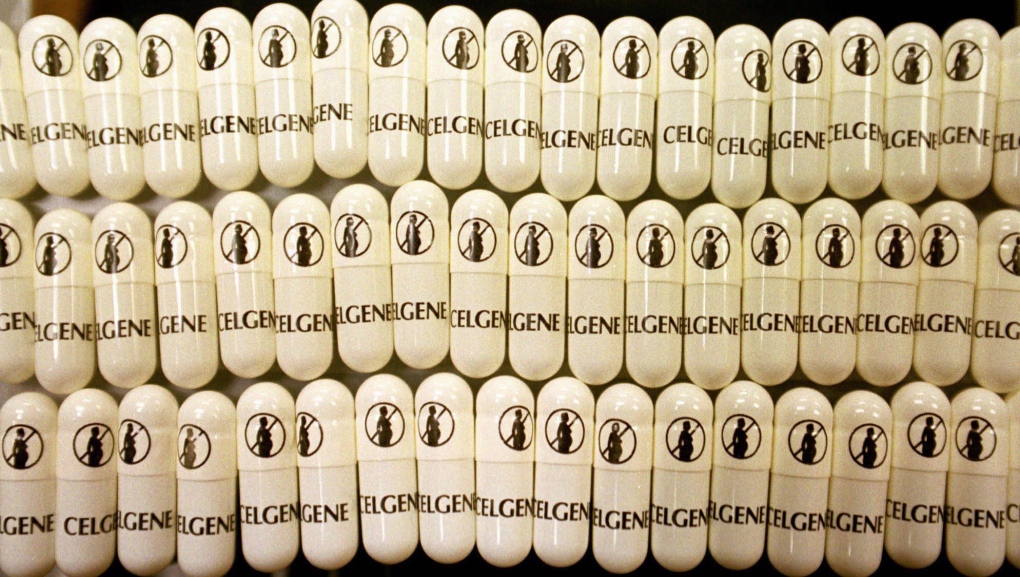 This April 7, 1998 file photo shows capsules of the drug thalidomide at the Celgene Corp. in Warren, N.J, printed with a symbol warning pregnant or soon-to-be pregnant women against use of the drug that had caused thousands of infant deformities. (AP Photo/Mike Derer)

LONDON, Ont. -- Frances Kelsey, a Canadian doctor known for her tenacity in keeping a dangerous drug off the U.S. market, died Friday morning at age 101.

She died less than 24 hours after receiving the Order of Canada in a private ceremony at her daughter's home in London, Ont.

Kelsey was a medical officer for the U.S. Food and Drug Administration in the early 1960s when she raised concerns about thalidomide, a drug that was being used in other countries to treat morning sickness and insomnia in pregnant women.

Despite pressure from the makers of thalidomide to approve the drug, she refused, and as a result, thousands of children were saved from crippling birth defects.

Elizabeth Dowdeswell, Lt.-Gov. of Ontario, presented the insignia of Member of the Order of Canada to Kelsey on Thursday on behalf of Gov. Gen. David Johnston.

Kelsey's daughter, Christine Kelsey, says the ceremony had originally been scheduled for September but was held earlier due to her mother's deteriorating health.