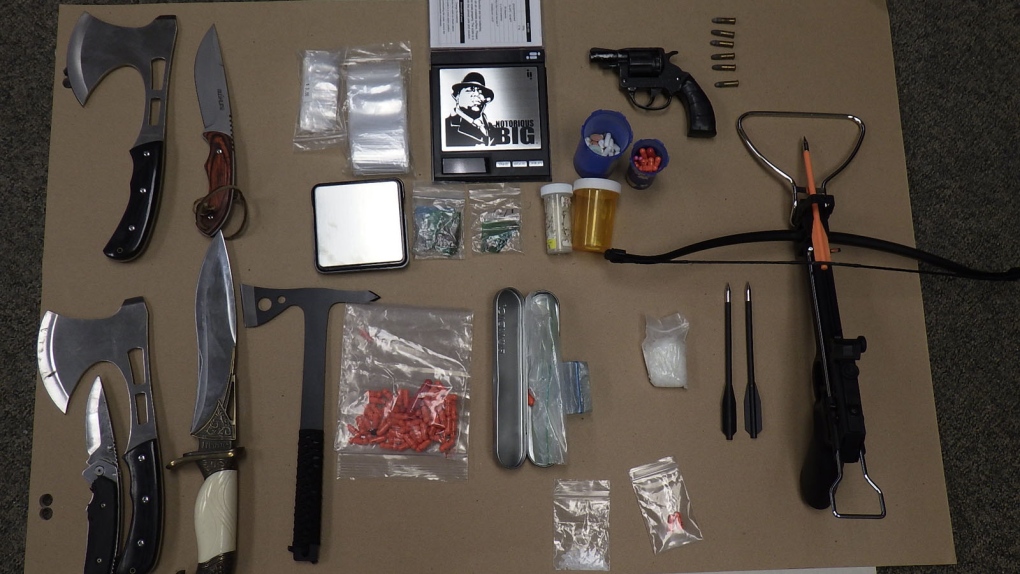 Stratford Police say they seized drugs and weapons from a home in the city’s south end this week.

Police say they found the items Tuesday, after executing a search warrant at the home.

Specific items seized include crystal meth, hydromorphone pills, shatter, marijuana and hashish, as well as a handgun, ammunition and a crossbow.

Police estimate the total value of the seized drugs at $3,500.

Four people were arrested in connection with the investigation, on charges that include drug possession for the purpose of trafficking, careless storage of a firearm, breach of probation and other offences.