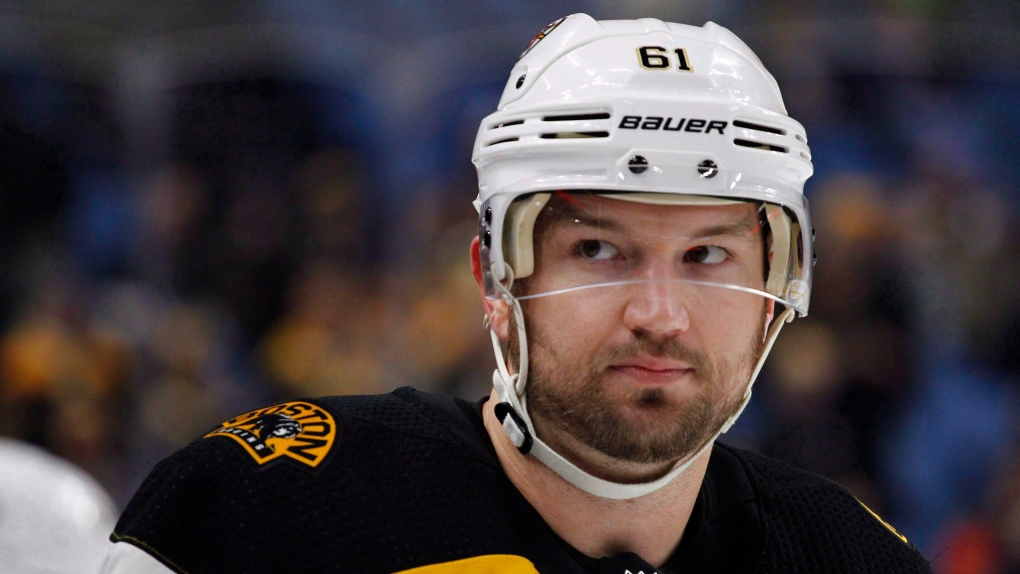 Boston Bruins forward Rick Nash skates prior to the first period of an NHL hockey game against the Buffalo Sabres, in Buffalo, N.Y, Feb. 25, 2018. THE CANADIAN PRESS/AP/Jeffrey T. Barnes, File

Nash who played with the Knights for two seasons played 15 seasons in the NHL.

A statement from his agent read:

Due to unresolved issues/symptoms from the concussion sustained last March, Rick Nash will be forced to retire from the game of hockey. Under the advice from his medical team, the risk of further brain injury is far too great if Rick returns to play. Rick would like to thank everyone who has supported him during this difficult time period.

Nash made a name for himself locally while playing for the Knights and was an immediate star in the NHL after being drafted by the Columbus Blue Jackets.

He is also a two time Olympic gold medalist.

The winger suffered a concussion last March and missed the rest of the season. He returned for the playoffs but in June it was announced he was still suffering symptoms.