Former London Knight Josh Anderson was the hero of game four with a pair of goals, including the overtime winner, to keep the Montreal Canadiens alive in the Stanley Cup Final.

Montreal came into game four needing to win being down 3-0 and facing the prospect of the visiting Tampa Bay Lightning hoisting the cup in the Bell Centre.

Enter Josh Anderson who prior to game four told the press that, “Everyone’s going to be ready … I can tell you that.”

Anderson would deliver on that promise in the first period after taking a feed from Londoner Nick Suzuki and putting it into the back of the net to open the scoring.

The goal came at a time when Montreal was down 11-1 in shots and seemed to spark the team heading into the second period.

Despite a stronger second period Tampa would even the game at 1-1 following a goal from Barclay Goodrow off a Montreal turnover.

Alexander Romanov scored for Montreal in the third to restore the one goal lead but that was short lived as the Lightning responded just minutes later with a goal from Pat Maroon. 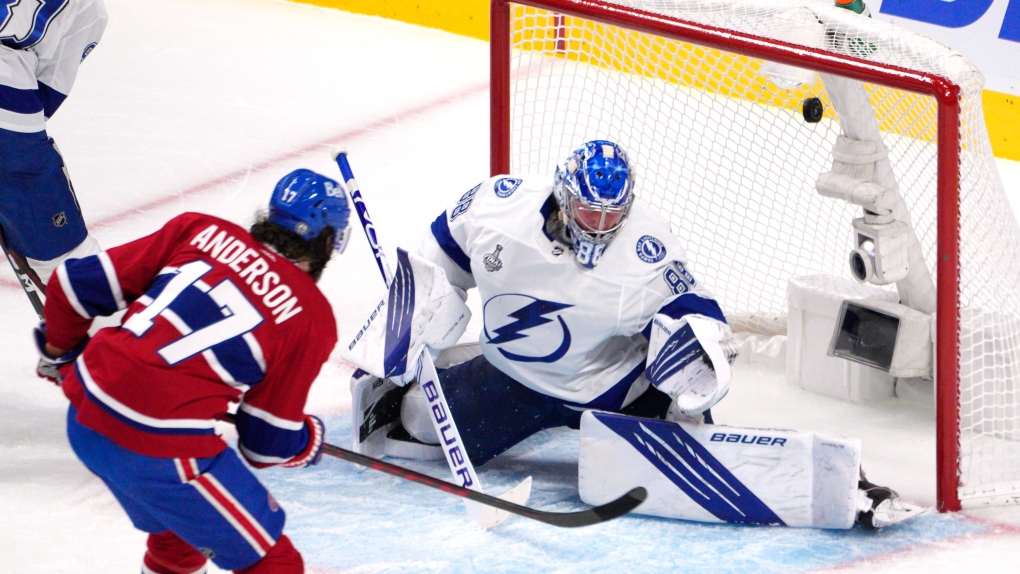 Overtime was needed, but Montreal was starting at a deficit having taken a double minor penalty with just one minute left in the game.

The Habs managed to survive the first three minutes of overtime while Tampa was on the power play and then Anderson took over.

Anderson rushed into the offensive zone trying to pass to Cole Caufield but he was forced into the back boards.

He stayed with the play and managed to jump out in front of the net to bury a loose puck.

The goal secured the game and ensured the Montreal would live to play another day.

Game 5 of the series is Wednesday in Tampa Bay at 8 p.m.