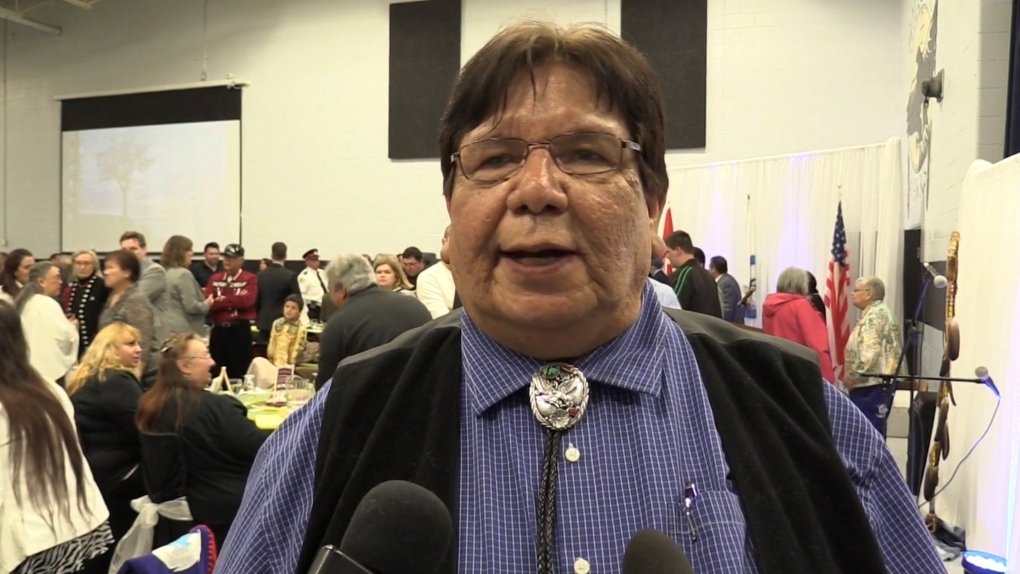 Tom Bressette, former chief of the Chippewas of Kettle and Stony Point First Nation, is seen in this file photo. (CTV News London)

He led his First Nation through challenging times and today Chief Tom Bressette is being remembered for dedicating much of his life to the advancement of the Chippewas of Kettle and Stony Point First Nation.

Bressette first became a council member in 1986 and was elected chief in 1990.

He served numerous terms as chief, the most recent ending in 2018.

His leadership was viewed as critical as the community dealt with the death of Dudley George, who was shot by an OPP officer during a land dispute in September of 1995.

Bressette also helped secure the return of lands that make up Pinery Provincial Park, a transaction which also included a $95-million payment to the First Nation.

“He has been a strong activist and voice for First Nation rights which has spanned decades. Throughout a remarkable life of leadership, he advocated and lobbied governments in a common vision of equality and unity to advocate for a better future for First Nations people. While he was best known for his strong voice, his actions also resonate throughout the Anishinabek Nation territory and beyond; we will certainly benefit from his hard work and dedication for years to come.”

The Anishinabek National advocates for 39 member First Nations across Ontario.

After serving in the U.S. Army, Bressette began his work for the First Nation as an addictions counsellor, and also chaired the Anishinabek Police Service for several years.

He also spearheaded initiatives that worked toward better financial management, adequate housing, water and wastewater treatment, infrastructure and health care in his community.

Although he received numerous awards, he may be best known for helping settle the Ipperwash Inquiry, and advocating for the report's implementation.

A cause of death has not been released.

Biden says 'we have to act' after Texas school shooting