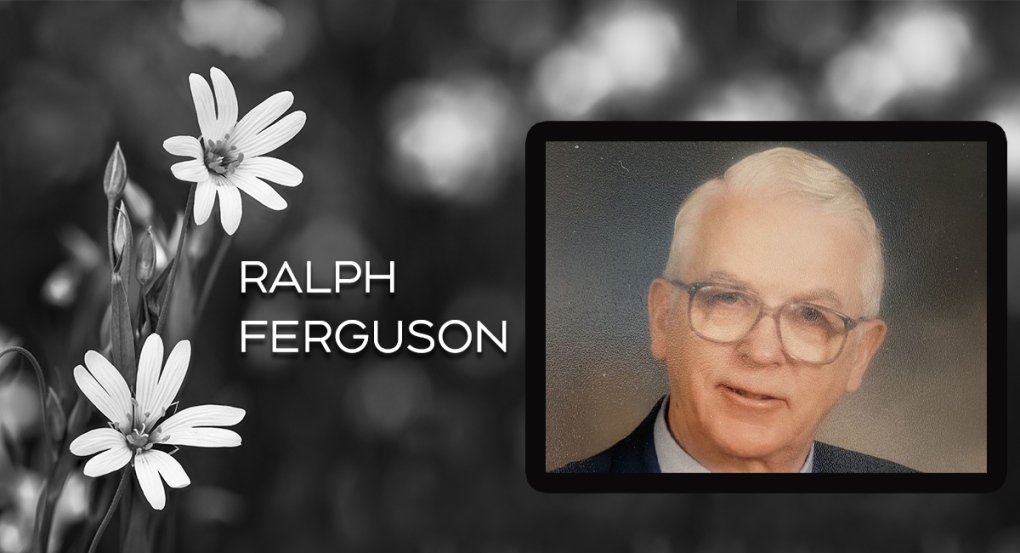 LONDON, ONT. -- A Lambton County farmer who first won election as a Liberal MP in 1980 under the leadership of Pierre Trudeau, and rose to become a cabinet minister a few years later, has died.

Ralph Ferguson passed away Sunday in Watford, Ont. at the age of 90.

Ferguson was a farmer throughout his life and farmed near Alvinston, where his operation included cash crops, eggs, pork, and beef.

He was a charter member of the National Farm Products Marketing Council in Ottawa and was involved in other marketing boards.

Due to his vast experience in the field, he became agriculture minister under Prime Minister John Turner in 1984.

“Becoming agriculture minister was huge for him,” says his son John, one of four of Ferguson’s children.

One of his other son's is Doug Ferguson, of London, a former president of the Liberal Party of Canada.

"I would say his biggest accomplishment would be being a big contributor to starting the move to ethanol,” John says.

“He ran in 1980 driving a truck running on "gasohol," which was a gas/ethanol blend. He wanted to make the fuel cleaner burning and eliminate the heavy metals like lead, while the production of ethanol provided a huge market for corn.”

Ferguson was also Deputy Whip, and Parliamentary Secretary to the Ministers of Small Business and Finance.

“His ‘Compare the Share’ study was a popular manifesto for farmers and consumers, comparing prices at the farm to those at the processing and retail level,” his obituary outlines.

It also says that one of the highlight of Ferguson’s time as a Member of Parliament was accompanying Trudeau on a trade mission to several Asian countries in 1983.

Ferguson’s many contributions to the agriculture community led to his induction into the Ontario, Middlesex, and Lambton Agriculture Halls of Fame.

He also volunteered in his community and was at one time an elder in Guthrie Presbyterian Church in Alvinston, a Mason and a Rotarian.

He is survived by his wife Dolores, his other children Susan and Dave, and grandchildren and great-grandchildren.