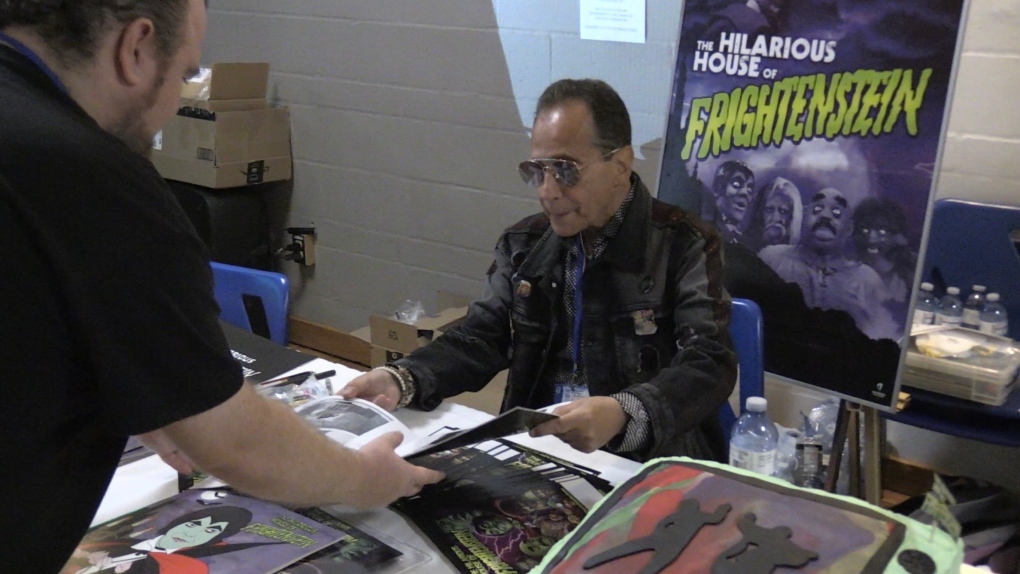 You could find all kinds of colourful characters in downtown London Saturday as the Forest City ComiCon returned from its COVID hiatus.

More than 2,000 people were expected to take in the seventh annual event, which included panels, presentations, and celebrity guests.

Fans dressed up in cosplay and got to mingle with their favourite heroes from the world of ComiCon.

“The ComiCon community is bigger than you would think for a city of this size,” he said. “It’s just so great when we get to come together. Like I said we’ve had a couple of years to be working on these cosplays, and everything’s so great.”

Among the special guests at this year’s event was the producer of The Hilarious House of Frightenstein, which is celebrating its 50th anniversary.

“I’m getting three generations. The grandparents who watched the original show, their kids 20, 25 years later are watching reruns. Their grandchildren are now watching reruns and watching DVD and YouTube.”

Ukrainian President Volodymyr Zelenskyy is due to host the UN chief and Turkey's leader Thursday for talks on the recent deal to resume Ukraine's grain exports, the volatile situation at a Russian-occupied nuclear power plant and efforts to help end the nearly six-month-old war.