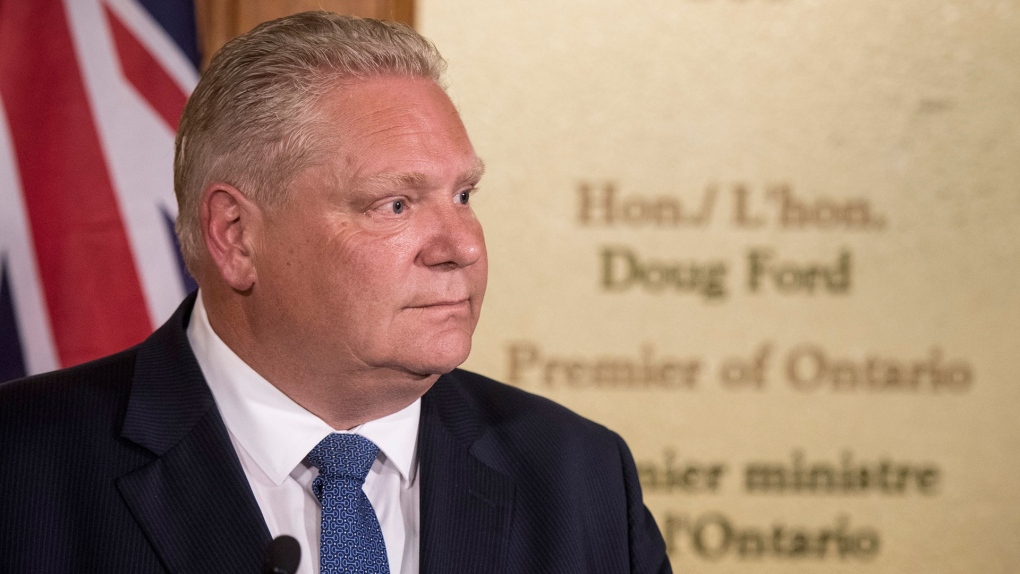 TORONTO -- Ontario cabinet ministers say Doug Ford was disappointed his now ex-chief of staff was advancing personal connections for provincial appointments, and "ensured" Dean French left government, but the premier himself has yet to speak publicly about it.

Government and Consumer Services Minister Lisa Thompson, recently demoted in a cabinet shuffle from the education portfolio, said government needs to "be better."

"I'm disappointed, as is the premier, in what has happened, but I can tell you we are united as a team to ensure that going forward everyone hired by government or appointed ... they'll be appointed or hired based on their merits and of course performance reviews are paramount as well," she said Thursday.

Ford ordered a review Tuesday of all pending government appointments, days after French resigned following news that appointees to two foreign posts were personally connected to him, and just hours after a third connection was revealed.

Education Minister Stephen Lecce said the premier has "zero tolerance" for that type of activity and acted as soon as he found out.

"When that information got to his table (French) left the government, so you can draw a conclusion as you will," Lecce said Thursday. "He left the premier's office and I've been clear that the premier himself ensured that outcome."

A statement from the premier's spokeswoman late Friday said French resigned, and that "he will be returning to the private sector after a successful first year of government, as he had always planned."

New Democrat Marit Stiles said the government is spinning out of control.

"This government is obviously floundering here," she said. "The premier has a very unclear idea about what his role clearly is here."

Both the NDP and the Liberals say that a review should include all appointments made since the Progressive Conservative government came to power last year, not just pending ones, and it should not be handled by the same people who signed off on them in the first place.

The NDP wants the government to task the legislative committee on government agencies with the review.

Interim Liberal leader John Fraser has asked the integrity commissioner to look into it.

"These reports establish a very clear pattern of nepotism in the premier's office," Fraser wrote Thursday in a letter to J. David Wake. "These revelations are deeply concerning and are clearly part of a deliberate pattern."

Taylor Shields and Tyler Albrecht were being given lucrative agents-general posts in London and New York City respectively before their appointments were revoked after ties to French emerged. Shields was reported to be related to French while Albrecht played lacrosse with French's son.

Katherine Pal resigned Tuesday from the Public Accountants Council after the NDP noted that she is a niece of French's wife.